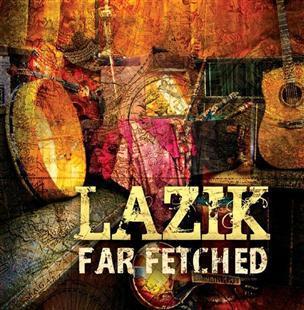 This is the first album from this Irish based Lazik, who have been in existence since 2005.
As well as Ireland, members hail from France, the Netherlands, Belgium and Germany, resulting in an unusual convergence of influences. Between them they play fiddle, flute, guitar, clarinet bass and percussion producing a full sound of complicated rhythms and harmonies.
The album begins with some rather typical Celtic-sounding flute tunes (written by a member of the band) but an Eastern European feel soon takes over with a traditional Bulgarian Tune called Gankino Horo.
The content is a mixture of tunes and songs with both showing cross-cultural influences. The songs are sung in Bulgarian, Yiddish (with some particularly fine clarinet playing) and French. Lasik have constructed tune sets which span international borders - Breton combined with Bulgarian, Serbian with Swedish, Rumanian with a tune by Aidan O’Rourke. These cultural clashes work well together and have resulted in a really exciting album. However, the inexperienced should not try to dance to it, the irregular time signatures will make you fall over!