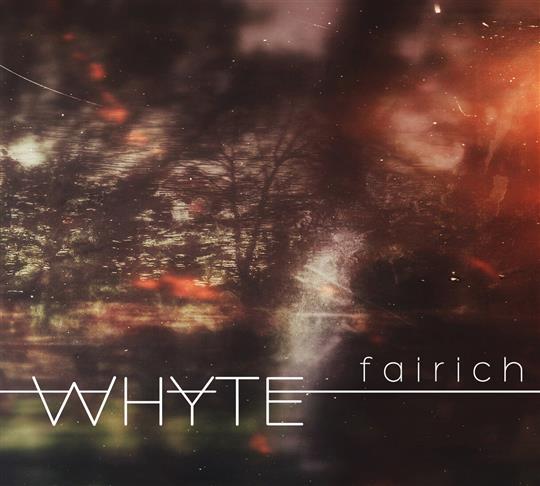 Whyte is a collaboration between two talented young musicians, from very different genres, who coincidentally happen to have the same surname. However, the wonderful music on Fairich is no coincidence. Combining Ross Whyte’s background in electronic composition with Alasdair Whyte’s research into 17th and 18th century Gaelic song has produced an album which is engaging, fascinating and entirely unique.

This is an album which is never in a rush. The songs are long - the first track, Gaoir, is over ten minutes - and repetition is the order of the day. Repetition certainly does not equal boredom in this case however, as the carefully layered accompaniments work beautifully with the vocals to create gorgeous, captivating soundscapes.

The songs are all, of course, sung in Gaelic, and this can sometimes present an issue to non-Gaelic speakers. The vocals on this album, however, are so gloriously expressive that the meaning is crystal clear despite the language barrier.

Perhaps the highlight of the album is Cumha Ni Mhic Raghnaill, which has a very sparse accompaniment, but still manages to tell the story of a sister discovering the bodies of her murdered brothers - a true story from 17th century Lochaber - in such a way that the listener cannot help but be deeply affected.

This song is also a good example of the electronic effects used on the album, with an echo applied to the vocal which increases in duration as the song progresses, producing a fascinating audial effect.

The most fascinating electronics are on the album’s title track, Fairich, which features a Pink Floyd-esque percussive accompaniment. This, combined with loops and samples of a 1938 recording from Barra, produces an original and delightful collision of the folk and electronic styles.

The album concludes with the only other original composition, Cionran, which features an elegant and beautiful melody over a simple, repetitive piano accompaniment, and it is a fitting finish to a deeply emotive album.

Whyte’s music has been compared to many other artists, but in reality Fairich is completely distinctive, and pushes the boundaries of what can be achieved in the fusion of these two styles of music. It is an album which will live in the mind of the listener for a very long time.