Sam Martyn - Drifting On Out 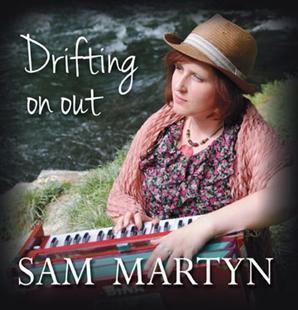 Drifting On Out is the solo release from Sam Martyn, of the folk quartet Beggar’s Bridge who originate from the East Ridings of Yorkshire. Having reviewed their last release, Riding East, it was interesting to note where the acts differed. It was also lovely to hear an album of solely Martyn’s vocals as the tracks which featured her rich voice on Riding East were the highlights of the album.

The album mainly features her voice, piano, guitar and pipes and the song matter ranges from Child ballads, to covers, and Irish airs, including songs about champion boxers, suicide, and sea tragedies.

Drifting On Out opens with the brilliantly mystical Crazy Man Michael starting with ethereal pipes and quickly transitioning to Sam’s eerily beautiful voice. Her soft tone is wonderfully juxtaposed by the flute, and soft piano and hints of guitar notes. The main emphasis is clearly on her voice and the flute, and each accompanies the other fantastically.

The piano grows stronger in the next track, One More Dollar, and Martyn’s voice grows stronger and more soulful. Every sound is delicate and wonderfully balanced. It is less otherworldly but would be a great track to walk down a street at night to if you were compiling a soundtrack of your life.

Harry Eddom is a of a darker subject matter, and one of especial importance to Sam Martyn - the Hull triple trawler tragedy of 1968. It is the haunting highlight of the album. Her voice is at its most deeply velvet-like. This track was also a highlight of the Beggar’s Bridge album and in all honesty, by being more gentle, this surpasses the ghostly delicacy of the first version. It is wonderful and really tells the story.

The vocal solo of The Grey Cock is perfect for the subject matter. As a Child Ballad the unaccompanied voice sounds as authentic as the story is old. A tale of sex, love and a Cocks call.

Giles Collins is the next track, and the next Child Ballad. A wonderful story of two lovers who never managed to get their acts together - she was a lady and he a mere commoner - and decided to die at a similar time, and yet the flowers at their graves grow similarly and meet each other, reflecting their connection after the grave. Despite the rather dark subject matter this rendition of it is fairly jolly with a slightly lilting rhythm and lovely instrumental motifs. Another highlight of the release.

Shiver Me Timbers is a lot less seafaring-sounding than the name would suggest: there is no pirate speaking, or gravelly voices, no movement away from the delicate piano and voice combination which has marked much of the album. It is more of a farewell song, a gentle goodbye as the album reaches its end.

The closing Irish airs flow wonderfully on from Shiver Me Timbers, as you can easily visualise a frigate sailing into the sunset on a calm sea. Whilst the second air embodies a more magical sound similar to that of the opening, featuring delicate bells and a long drone sound. It is really wonderfully magical.

Drifting On Out is an absolute treat. The musical balance is perfect, and Martyn’s voice really is wonderful. It’s kind of a sexier, deeper, soulful Maddy Prior. Martyn lists June Tabor as a major influence and in her vocal style this influence is really apparent and, as brilliantly balanced as this album is, the true strength really does lie in Sam Martyn’s truly rich, honest voice. 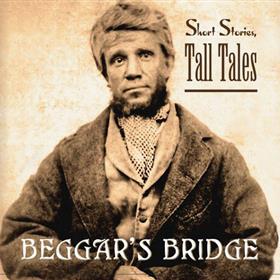