Alaw - Drawn to the Light 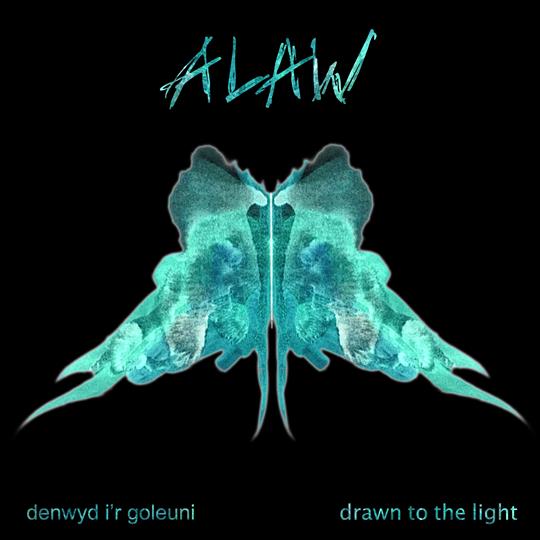 Drawn to the Light was recorded as soon as lockdown restrictions allowed. Nia Lynn, Oli Wilson-Dickson and Dylan Fowler, the three musicians that make up ALAW, were bursting with ideas after being isolated for so long, and their creativity exploded into this tranquil album. It explores traditional Welsh music as well as original tunes and songs, through the lens of voice, harmonium, fiddle and guitar.

A tune set Wês Wês Gorymdaith y Gwyfod follows the opening song, an energetic collection of original tunes with an engaging arrangement. The harmonies complement the tunes without being overwhelming, and it ends with a lively jig that will get your foot tapping if it wasn’t already!

The band say they love the innocence and joy of the first tune in the next set, the name of which translates to If I Were a Young Lad Full of Joy. Each player brings their own unique skill to this track yet their unity as a band is clear. The second tune on the track was written by Tuuliki Bartosik for her son after he first visited Wales.

Fill the House features enchanting singing from Lynn, who also wrote the lyrics. A bonus for any non-Welsh speakers is that this track is English, so you can enjoy the song to its full potential.

The steady, haunting accompaniment from the fiddle and guitar builds up tension throughout Baled Y Morfar Rhuddlan, a ballad about a battle that took place in Wales around 1,300 years ago. But while the tale may be old, ALAW certainly bring a fresh approach to the telling of it; something that is true of the whole album.

Having Doubts is a tune written by Wilson-Dickson and The Memory of Llanedi is traditional Welsh. It is the only track to feature tabwrdd, while Wilson-Dickson’s viola playing sits comfortable over the top. The accompanying note in the booklet jokes bluntly “if all else fails we may start a viola and drum trio.”

ALAW is a band of three highly talented individuals who come together to create a remarkable group. Drawn to the Light has the perfect balance between tunes and songs and its creative exploration is classy.

The booklet that accompanies the album has the lyrics in both Welsh and English. However, not being able to speak Welsh certainly does not stop you from enjoying this album - the emotion in the music says it all.