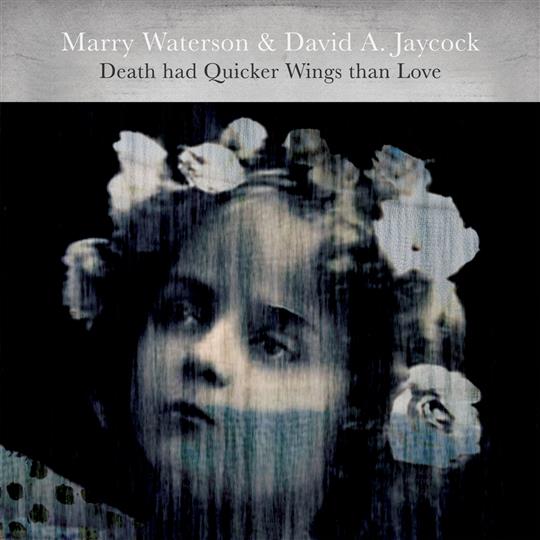 Death Had Quicker Wings Than Love is the second collaboration between singer Marry Waterson and guitarist, David A. Jaycock. Although there’s not much deviation from the template set down by their first album Two Wolves, the new album, produced by Portishead’s Adrian Utley, is a leaner, more slimmed down affair.

Nine of the songs on the album have lyrics by Waterson. It’s perhaps unfair to compare the work of Marry to her mother Lal but the similarities are striking. Not only does Waterson’s voice have the same quality and timbre as Lal’s but her lyrics are as mysterious and elliptical as any to be found on Bright Phoebus.

Most of the songs are short, only one breaks the four minute mark, and the mood never changes throughout the album’s just over half-hour duration. Lyrics are minimal and the stories they tell are all concerned with loss; of love, respect and even language itself.

Waterson has a way with words. The Vain Jackdaw, Aesop-like in its telling, concerns the titular bird’s ambition to be clothed in peacock feathers. The bird, ’dressed in bronze and blue/festooned in borrowed plumes’ is mocked and humiliated for his ’vanity and pride’.

Gunshot Lips deals with a woman whose lover constantly uses language to put her down. Waterson’s plaintive vocal is set above Jaycock’s rippling accompaniment and Utley’s hard-edged electric guitar work and harmonium. The overall effect is atmospheric and striking.

The late 1960s seems to be, musically, a reference point for this album. Indeed, On the Second Tide and Forgive Me, would not sound out of place on an acoustic recording of that period. There’s also an English pastoral quality to New Love Song. This piece, written by Jaycock, has an ethereal quality that reminds the listener of very early Genesis.

It’s only appropriate that the best song should be placed last. Small Ways and Slowly muses on the way we talk in half sentences, groping towards trying to say what we mean. The tempo is more upbeat and the accompaniment is much richer with added percussion and guitars. It’s a fitting close to a fascinating album.

Death Had Quicker Wings Than Love is not for all. Some listeners may find its gnomic utterances a little pretentious whilst others may find some of the material too twee for their liking. But for those music lovers looking for something different they may well become bewitched by the entrancing vocals and playing of Waterson and Jaycock. For them, this will be an album to treasure.

Released on 2 September 2017 by One Little Indian. 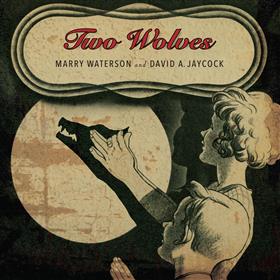