Branching Out is the second album from Worcester-based Kings & Folk, a unique four piece centred on the husband and wife team of Ian and Claire King.

Both are classically trained - Ian on piano, Claire on violin - and the band’s sound is a beautiful fusion of this background and their joint interest in Scottish traditional music. Throw into the mix their son David playing djembe, and the Irish-influencing tin whistle playing of Helen Izod, and the result is wonderfully original.

The variety of the tunes on this record is breath-taking, and each and every one is a gem in its own right. There are up tempo toe-tappers, like the opening Country Rounds, or the fascinating Balkan Dance with its irregular time signatures. The energy in these pieces is infectious and the sense of enjoyment palpable.

These are contrasted by glorious slower numbers. The best track on the album is surely Iain MacLachlan’s The Dark Island, in which Claire’s gorgeous fiddle playing tugs agonisingly at the heart strings.

Three tracks feature guest vocalist Colette Todd, who effortlessly adds another dimension to the ensemble. The finest of these is probably The Dark Traveller, where Ian’s pulsing piano riff contrasts perfectly against the sweetness of the vocal.

An instrumental version of Henry VIII’s Pastime with Good Company still feels somewhat out of place, despite its undoubted tightness. Nonetheless, the album finishes as well as it began, with the slow and beautiful Grace leading into the jubilant finale of the Kerry Polka.

Overall, this is a wonderful album demonstrating all the talents of this unusual group. They seem to have settled on a winning formula, and it can only be onwards and upwards from here for Kings & Folk. 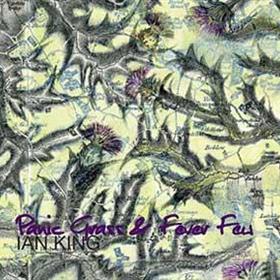