Barluath - At Dawn of Day 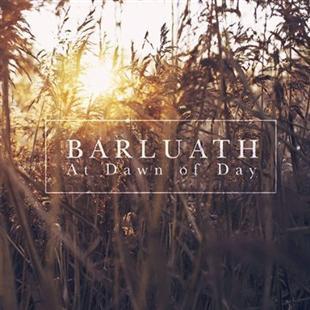 The joy of At Dawn of Day is the huge range of styles both in the material chosen and in the arrangements. Traditional Gaelic songs are juxtaposed with fine tune playing (and singing) and songs by contemporary writers. There are historical and social themes in the songs - the backbone of folk music.

The combination of instruments this six-piece band play makes for a wide range of sounds: fiddle, whistles, guitar, highland and border bagpipes, bouzouki, guitar and piano can be heard here in various combinations.

The first and last tracks couldn’t be more different: Am Bròn Binn is an ancient Gaelic ballad, while Catch the Wind was a hit for Donovan in 1965. This shows the range of styles this band can handle.

Three other more contemporary songs deal with mining in Staffordshire (Chris Algar’s Away from the Pits) the Irish Famine, which caused so many people to emigrate to Quebec (Liberty’s Sweet Shore) and the clearances of the 18th and 19th Centuries (the Scarborough Settler’s Lament).

Gaelic tradition is very much in evidence too. Air Fàir an Là (At Dawn of Day) is a waulking song, originating from tweed manufacture. A group of people would beat newly woven cloth rhythmically against a table or similar surface to soften it. Simple, beat-driven songs were used to accompany the work. The introduction is very lyrical but the rhythm quickly takes over, representing the beating of the tweed.

Another typically Gaelic tradition is puirt-à-beul singing - this is mouth-music (or diddling) in which the singer uses often nonsense syllables to sing tunes. Donald’s is a set of puirt-à-beul reels, in this case sung at high speed! It must be a useful skill if you’ve gone to a session without your instrument but also an interesting sound in combination with other instruments. This technique also appears in My Hometown which begins as a showcase for solo whistle, which contrasts sharply with the very fast puirt-à-beul tune which follows.

Another Gaelic song is Solus M’aigh (Light of Hope) - this is arranged very simply, beginning with a drone and a single voice. The song is stark and atmospheric and also features some lovely harmony singing.

At Dawn of Day is certainly an album Barluath should be proud of.