Chris Quinn - Across the Divide 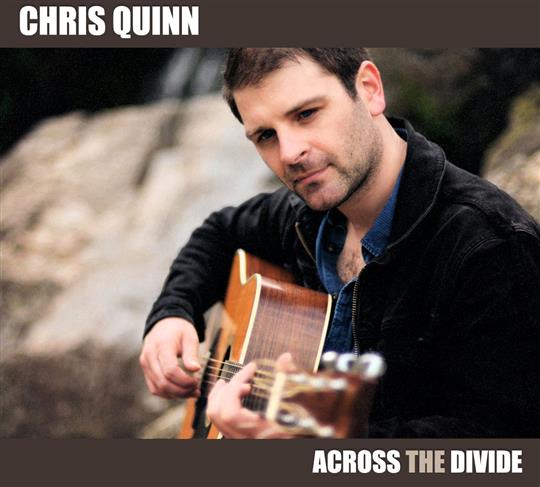 Of the original songs, Chris’s own compositions are by far the strongest, often with a vocal delivery and story-telling style reminiscent of Al Stewart. This is particularly evident in the opening track, Fly Away Home. He draws on his own experiences for inspiration and many a travelling musician will recognise the feelings expressed in The Call of Home.

Lonely Lady is the sad story of a woman who has fallen on hard times and is generally shunned by society. In a similar vein to Streets of London, this poignant song meant to make the listener think about their attitudes to the less fortunate.

There are lively bluegrass moments on the album, the classic Shady Grove has a much borrowed tune, notably by Fairport Convention in their rendition of Matty Groves.

The Tail of John Lewis and Little Omie, as often happens in folk music, is a jolly tune telling a tragic story of a girl killed by her lover. There is some impressive fast and furious finger work in this track.

The musicians show their versatility in contrasting tracks - Jolly Beggarman/Red Haired Boy/Blackberry Blossom is a lively tune-set, fusing traditional Irish and bluegrass styles, and illustrating the album’s title. Comin’ Down in the Rain is lovely lilting waltz, introduced by the fiddle and banjo.

Across the Divide really does live up to its title, seamlessly merging two traditions with strong songwriting and excellent musicianship.

1. Fly Away
2. The Call of Home
3. Jolly Beggarman/Red Haired Boy/Blackberry Blossom
4. Shady Grove
5. Comin’ Down in the Rain
6. The World Was Spinning Around
7. The Tail of John Lewis and Little Omie
8. Lonely Lady
9. Pittenweem Jo