Ben Miller & Anita MacDonald - A Day at the Lake 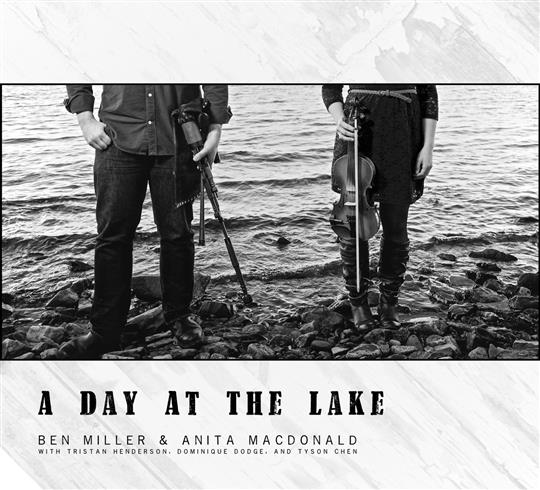 From the opening notes, this music buzzes with energy. New duo Ben Miller & Anita MacDonald combine Scottish bagpipes and Cape Breton fiddle music in an album of tight, energetic tune sets, with a few slow airs and songs to pace it out.

A Day at the Lake isn’t a fanciful name - the album was indeed recorded in one day, in a lodge on the shores of Lake George, Upstate New York. Apart from making very eye-catching cover art, it’s clear the duo’s playing is influenced by this beautiful setting. There’s a cohesion and energy to the sound, much like a live set, and a hint of background birdsong opens a couple of the tracks.

Although recorded in a day, it’s far from being a tune session, as the careful selection of material shows. The sleeve notes give the story behind every tune, and sources range from old collections and manuscripts, to well-known melodies learned by ear, to tunes written by contemporary musicians - often all in the same set.

Two Gaelic love songs, Eoghainn Mhóir a Ghràdhaich and O Cha Téid, Cha Téid Mise, are a nice contrast to the racing dance tunes. Both old songs (one written in 1879 and one traditional), they are given new life by Anita’s voice and the instrumental backing.

Ben and Anita are joined for the recording by Dominique Dodge on harp, Tristan Henderson on guitar and bouzouki, and Tyson Chen on piano. The extra instruments fill out the sound of the dance tunes and bring a lovely quality to the slower tracks and songs. Anita also brings percussion in the form of stepdancing to the track Steppin’ in the Garden - she is a fantastic dancer and it’s a shame that you only hear it in one track.

There’s a solo set from each of the duo, and it’s lovely to hear the nuances of the fiddle and the pipes that are sometimes lost in combination. Guitar backing runs throughout, and while it might have been nice to hear the instruments completely unaccompanied in places, it’s impossible not to appreciate the sensitive, lingering chords in the slow airs and the driving rhythm in the reels.

A Day at the Lake is invigorating and spirited - a must-have for fans of Scottish and Cape Breton tunes, and guaranteed to stir the soul (and the feet!). 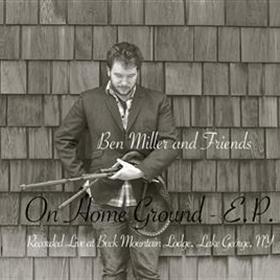