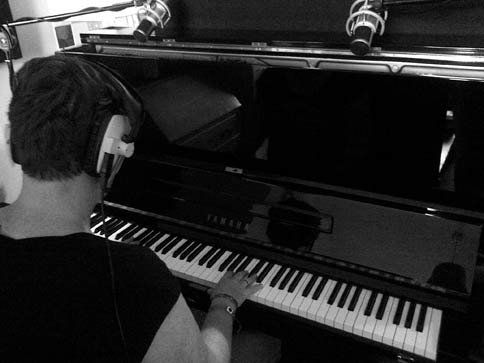 O’Hooley and Tidow’s third album The Hum is released in February 2014. Bright Young Folk caught up with the duo to learn a bit more about the influences and recording of the album.

Your new album is The Hum. How would you describe it in your own words?

Heidi: The Hum is the powerful hum of life, the hum of the people, of bees buzzing, industry, protest, of human grit.

Belinda: And it is a collaboration creatively between me, Heidi and multi-instrumentalist producer Gerry Diver.

Would you say it is your most ambitious album so far?

Belinda: I think all three albums feel like ambitious projects for us, in so much as they have stretched us creatively as we strive to write about topics that matter to us in an as unclichéd way as possible. This one being the most ambitious.

Heidi: I would say it is our most ambitious album. We are more outspoken than ever, and the production is more adventurous; working with the brilliant Gerry Diver has really pushed us outside of our comfort zones creatively.

Is it important for you that when you write an album there is an element of social comment to it?

Heidi: Yes. I am very interested in current and historical events in the UK and globally, and have a thirst for justice and equality. Naturally, this filters through into my songwriting.

Belinda: I think part of songwriting for me is expressing thoughts and ideas about things in an original way, not necessarily always looking inwards, but at the things that are happening around us, in society and in nature. How can we not comment on these things when so much injustice and oppression is happening all around us? 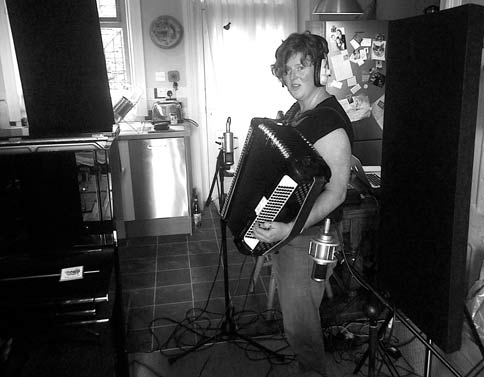 Belinda: I think there is certainly a protest element to the album, with songs like ’Coil and Spring’ which lends support to Pussy Riot’s act of defiance against Putin and the Church in Russia and also the title track ’The Hum’ which highlights the inequalities between those who struggle to keep working to make a living, and those who would like to make the poor invisible.

Heidi: It’s maybe not a protest album in the traditional sense, as we are not making statements as such. More social observation, looking at different perspectives and inviting the listener to make their own mind up. We’re not telling people how to think.

What protest songs and singers have had an effect on you?

Heidi: When we toured with anarchist pop/folk band Chumbawamba in our early days of being part of the No Masters Co-operative, I felt very inspired by their music, their bravery and boldness in addressing injustice.

Belinda: Me too. Also, having met Peggy Seeger a couple of times and listened to her brilliant, feminist, socialist songs, she has become a deep inspiration to me both as a songwriter and as a woman. “Reclaim the Night” - her song to encourage women to take back the night time and walk the streets without fear, is incredibly important in the road to female emancipation.

Do either of you have a personal history of protest?

Belinda: At Uni, together with other feminists, we removed pornography from the shelves of WH Smith, which felt very empowering. I also stood against the Poll Tax, which landed me and many others in court. Also, we were both part of The L Project - where we recorded a song with others from the LGBT community to help fight homophobic bullying in schools. Sometimes, standing up on a stage as out and proud gay women, who don’t fit the gender stereotype feels like an act of protest in itself.

Heidi: A couple of years ago, when a development company started chopping trees down on our street, I parked the car to obstruct the entrance to the community garden they were destroying. Does that count?! I see standing up to bullies, bigots and far right wingers as an everyday act of protest. 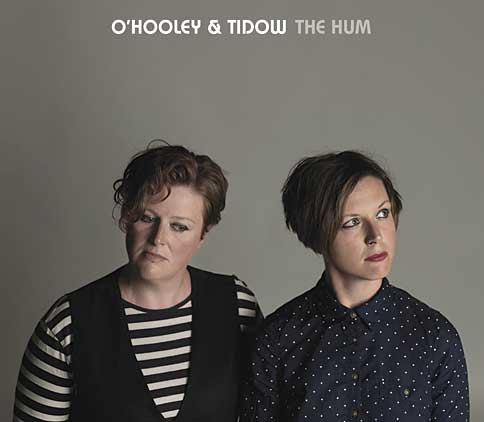 Why do you think there’s a general lack of protest songs from young artists at the moment?

Heidi: I think it’s a shame that more younger folkies aren’t writing or reinterpreting protest songs. I know that some folk clubs won’t book acts that sing political music and perhaps some people don’t want to mix politics and music for fear of not being popular.

Belinda: I agree with Heidi. Thankfully there are some younger artists such as Lucy Ward, Ewan McLennan, Grace Petrie and Lady Maisery that are carrying the flame of protest in their music.

Do you enjoy writing lyrics that can be interpreted on different levels? - like Summat’s Brewin’ which is a wonderful celebration of beer, but also a comment on what people can do when they come together.

Belinda: Yes we do. In fact, that is one of our challenges when we write a song, to write about a topic, but perhaps also to highlight a wider issue. Not everyone spots this though!

Heidi: Yes, we love the multi-layered approach to songwriting. It makes it so much more interesting for us, and hopefully for the listener too!

What are each of your personal highlights on the new album?

Heidi: I am proud of them all, but particularly ’Like Horses’ which is a pondering on gender, fear and war. Gerry has done a spectacular job of bringing the song to life and creating beautiful imagery through his arrangement.

Belinda: I love pop music, so I’m particularly proud of ’Summat’s Brewin’ especially as it celebrates two of our passions - beer and Huddersfield! 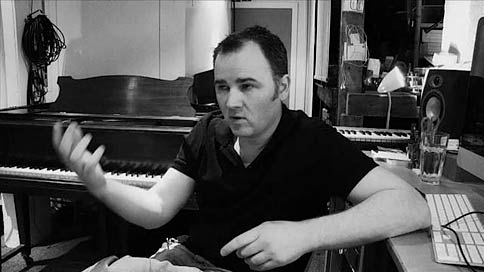 You’ve worked with Gerry Diver on the production: how has he contributed to the bigger sound of The Hum?

Belinda: We recorded the vocals, pianos and accordion at home and then sent the songs to Gerry. Each time he sent us his completed version back, we were completely stunned by his interpretations. He has a very fresh and original approach to music, being a keen listener to many different genres and as such, has a huge palette of arrangement ideas to choose from. Much more than I have!

Heidi: We gave him the brief of creating sounds that relate to the subject material. At times, he’s used actual sound effects for example a pneumatic road drill as a drum loop on ’Just a Note’, or guns loading on ’Peculiar Brood’. I think he’s a bit of a genius!

The album is mostly new compositions, but there are a couple of interlopers - Just a Note and Ruins by the Shore. How influenced are you by other folk musicians past and present?

Belinda: Playing in the Nic Jones Trio has meant that both Heidi and I have immersed ourselves in Nic’s music, he has had a big influence on our songwriting and it seemed natural to want to cover one of his songs. We are also big fans of June Tabor, her interpretations and song choices.

Heidi: Although ’Just a Note’ is a Ewan MacColl song, we first heard it sung by Lal & Marry Waterson. Lal is my favourite folk singer of all time. I love the honesty and emotion in her voice and also her magical, unusual approach to songwriting. Also, being of Irish background, we listened to a lot of Irish folk music growing up and I particularly loved The Dubliners. 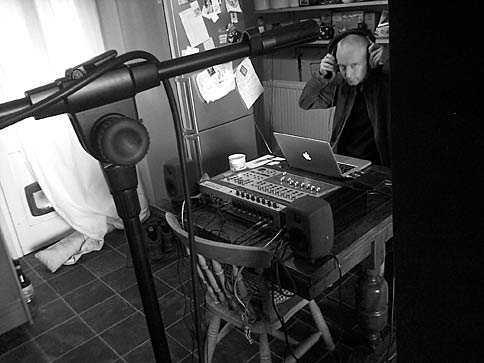 You seem to have a particular fascination with nature in many of your lyrics - are you nature lovers?

Heidi: Yes. We both love the outdoors, and get up on Marsden Moor as often as possible. I spent a lot of my childhood on my grandparents’ farm in Germany and developed a real love of animals and the countryside, although I am still scared of dogs!

Belinda: As Heidi knows, I can’t watch a nature programme without bursting into tears. I love wildlife, especially birds, but I am so frightened of how quickly we humans are changing the environments that birds, insects, fish and animals live in. I am also a terrible hypocrite, as I should be a vegetarian really. 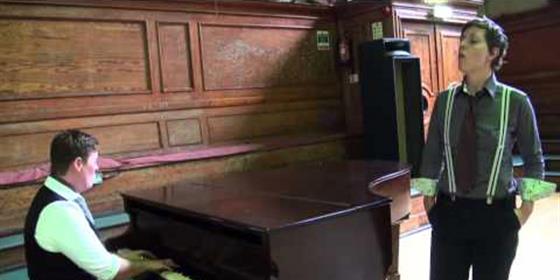 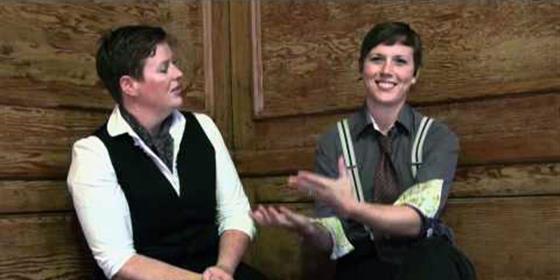