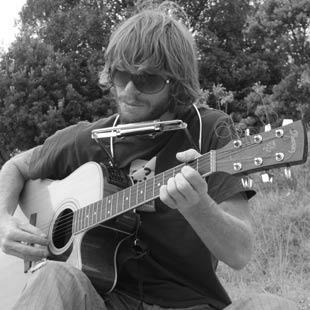 Yan Yates is a currently unsigned singer songwriter, originally from Middlesbrough but now playing mainly in the London area. His music is advertised as ’nu-folk’ which I think of as essentially traditional folk music with some experimental or technological influences. I’d describe Yates’ music as more typical acoustic guitar songs with a variable level of influence from folk music but also with some resonance with country music and a bit of harmonica from the blues. If I heard this on the radio,I wouldn’t necessarily flag it as folk. Its the sort of music that would be equally at home round the camp-fire or playing to a small cosy venue.

This CD is a collection of three tracks, each sung either by Yates alone or with a female backing vocalist. The first Delirium is the most ’folk’ of the three, with its tale of a footloose vagabond. Khyber Dreams is more bluesy. Sleeping in Denial is a beautiful acoustic guitar song which I was very impressed by - but its definitely not folk.

This is a difficult record to categorise, but I really liked it. Sleeping in Denial has been a regular on my mp3 player for a while now. I’d recommend this if you like good acoustic guitar songs with folk influences, but its maybe not one for the purists.