Joan Baez - Whistle Down The Wind 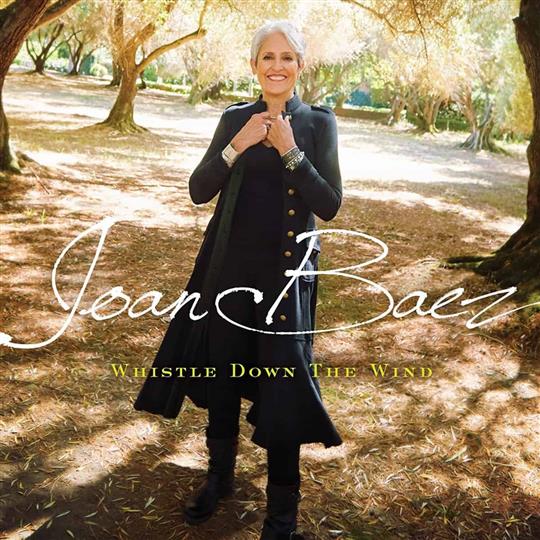 Whistle Down The Wind, Baez’s first studio album in a decade, certainly gives the impression of being her last. Baez has already announced that 2018 will be her last year of significant touring. Whistle Down The Wind has the distinct feel of a goodbye, as Baez sings in the titular track, “I can’t stay here and I’m scared to leave.”

The album, though, is not a self congratulatory victory lap; it is barely nostalgic. In fact, it gives the impression that Baez, always socially engaged, is frustrated by the lack of progress seen in her time. Another World’s lyrics “I need another world, this one’s nearly gone, still have too many dreams, never seen the light,” captures the album’s feel of an exasperated and resigned goodbye. Even the album’s title, Whistle Down the Wind, suggests a sense of futility.

There is though a tenderness throughout, which prevents the album from being cold and unfeeling. Baez for example addresses the listener as “my darling, my love” in The Things That We Are Made Off. Similarly, in Last Leaf, she creates a sense of vulnerability as she notes that time has already taken many of her folk contemporaries.

The President Sang Amazing Grace, an unfortunately timely song addressing the 2015 Charleston shooting, shows that even now Baez still has some fight in her. It seems only right that Baez, known for her active involvement in the Civil Rights Movement, would finish her career with an album, the strongest song of which addresses an incident with significant racial implications.

Baez’s voice betrays her age, it is deeper and more tender than her earlier material, but this also adds authority and experience. Accompanied by a guitar, keys or perhaps some percussion, she is given the opportunity to say her bit unobstructed by over complicated accompaniment. It is also worth noting that Whistle Down The Wind would not be possible without the excellent lyricists from whom Baez draws source material.

This isn’t the place to summarize Baez’s career, but Whistle Down The Wind, is a great addition to one that is packed with more diamonds than rust.

1. Whistle Down The Wind
2. Be Of Good Heart
3. Another World
4. Civil War
5. The Things That We Are Made Of
6. The President Sang Amazing Grace
7. Last Leaf
8. Silver Blade
9. The Great Correction
10. I Wish The Wars Were All Over