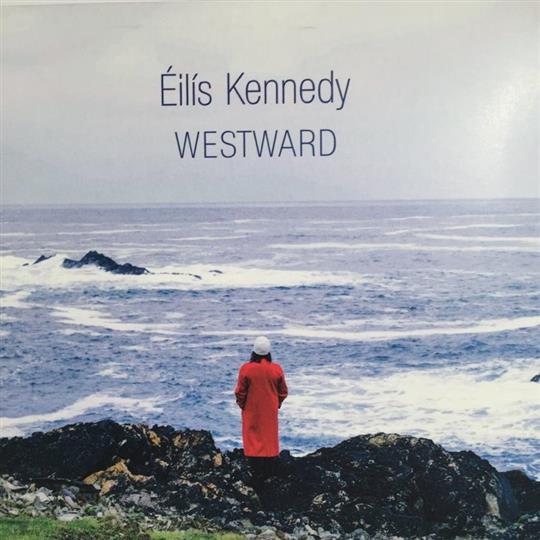 Éilís Kennedy’s voice is simply captivating. From the very start of her excellent new album, Westward, it is impossible to escape its bewitching power. Whether singing in English or Gaelic, Kennedy, perhaps better known for her work with Lumiere, uses her beautiful voice to pull the listener in.

The album is a well-thought-out mixture of traditional, well-established, and self-penned songs. The opener, a gorgeous rendition of Bill Caddick’s well-known John O ’Dreams, sets out the form of the album perfectly.

Kennedy’s stunning voice is backed by the subtle guitar of William Coulter, who she travelled all the way to California to record with. The trip has paid off, as the result is uncluttered and yet superbly engaging music.

The trip to America’s West Coast, plus her own heritage from the very Western tip of Ireland, specifically Dingle in County Kerry, gives the album its name. The traditional songs which hail from this region give the album another dimension, although of course Kennedy’s voice has the power to beguile listeners in any language. Pé in Éirinn Í, somewhat lesser-known than some of the album’s other songs, is a particular highlight in this vein.

Kennedy has also, for the first time, turned her hand to song writing. Two tracks on the album are from the singer’s own pen, and very good they are too.

Highway Mack, on the ever-relevant topic of homelessness, is powerful and poignant, while The Flannel Red addresses one of folk’s favourite subjects, superstition. This particular tale comes from Great Blasket Island, around two kilometres from the Kerry mainland.

The album finishes with perhaps its two strongest tracks. A superb rendition of the traditional Will ye Go To the Indies, My Mary is truly marvellous, while the final track is the beautiful Going Home. With words by William Arms Fisher, set to the famous tune from Dvořák’s New World Symphony, it is a perfect end to an excellent album.