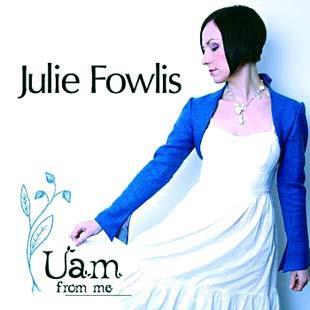 After catching her performances at the BBC Folk Awards, and flawless rendition of the Liege and Lief classic ’Farewell, Farewell’ for Fairport’s Sandy Denny tribute at Cropredy 2008 - not to mention seeing praise and plaudits from all quarters - I was eagerly looking forward to reviewing Uam, Fowlis’ third album and follow-up to the award-winning Cuilidh.

With all that to live up to disappointment was perhaps inevitable. Uam, while not without its strengths and its charms, is not Album of the Year material. The performances are solid, and nothing can detract from Fowlis’ skill as a singer. She nails complex melodies which would expose a weaker voice. The sound is clear, pure and strong, lyrics crisp and precise, and her delivery mercifully unaffected and free from vocal gymnastics.

There is plenty of variety here too. The Gaelic tradition mixes with material from Breton and Ireland. There are slow ballads and laments. There are upbeat waulking songs. Some are accompanied by full band and swelling piano; others just by lone bodhran or piper. There are duets with Mary Smith and Eddie Reader, the latter niftily interspersing Fowlis’ Gaelic with Reader’s English. There are instrumental sets.

My disappointment comes not from what Uam is, but from what it could have been. The underlying ideas are good, but the performances are competent and professional rather than inspiring, and the overall effect remains flat. The album charts a steady, middling course at the safe and unthreatening end of the folk spectrum. Radio 2 DJs concerned about ruffling their listeners’ calm need have no fear.

While cranking up the volume helps bring things to life a bit, there is not enough variety of expression, and a lack of subtly and nuance, not least in Fowlis own vocals, to lift this album from decent to great. A track like ’A Mhic Dhùghaill ’ic Ruairidh’, a longish ballad where she is accompanied only by a lone bagpiper, comes dangerously close to tedious. Tracks like ’Brògan Ur Agam A-Nochd’ start promisingly enough yet never hit top gear, the initial rhythmic vocals segueing into a plodding rendition of the usually stirring tune ’The Cat and The Dog’. The track is nearly rescued by the final tune of the set, ’Mu Chuachag ’S Laghach Thu’, but then abruptly stops just as things are getting going.

In the same week I was trying and failing to love Uam I had the privilege of seeing Fowlis perform live, in a set dominated by tracks from the album. The transformation was extraordinary. Tracks which on the album are dull and lifeless - even tediously repetitive - were suddenly vibrant and alive. Here were the moving ballads, footstomping sets, and mesmeric performances I had expected.

The album is a distant echo of this stirring live performance. If it was a debut album by a new talent I might praise it to the roof. But these are performers capable to hitting heights to which this album only aspires.

’Uam’ translates as ’from me’.