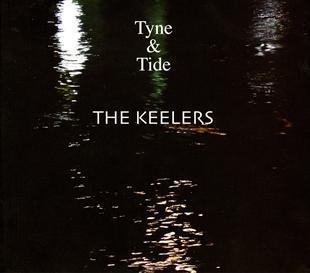 The Keelers are not new to the folk scene, first forming in 1986 for the Newcastle Tall Ship’s Race. They performed in many Maritime festivals doing Sea Shanties and this lasted a good bulk of years. Now they have winnowed down to a core group of four talented individuals, sticking with sea shanties but venturing a little further out into other things too.

Tyne & Tide gives us twenty fine shanty sets. One good thing about this album is it holds the tradition of shanties, having mixed vocals from all four Keelers with instruments used not as a focus but merely as a background foundation for the powerful voices presented to us. The shanties used are pretty standard when it comes to actual storyline; much focuses on life at sea, women and hard work.

Most of these are purely vocal giving you songs that after only a couple of listens you’ll soon be joining in with. The voices of all four men are very warming and gives us the feeling that The Keelers are simply having fun. In a way it does not feel as though you are listening to an album, it feels more like you are listening to four gentlemen singing and having a good time.

Over the album there is a very small selection of instruments used, limited to the whistle, tambourine and concertina. This works really well because when they are used they are used effectively to strengthen what is already a good listen.