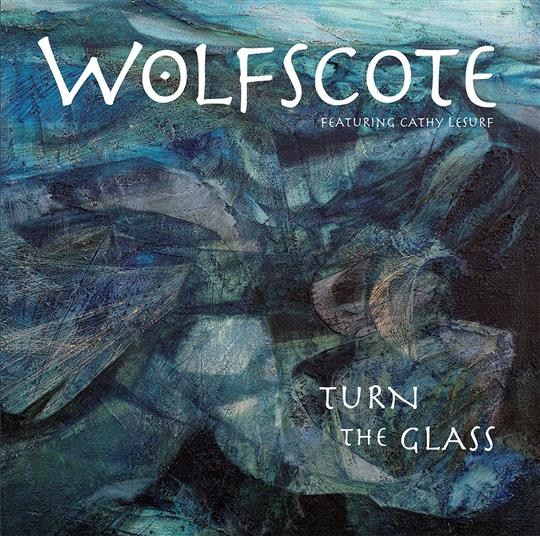 Two stunning yet contrasting voices, plus a trio of gifted instrumentalists, is the combination which makes Wolfscote such an appealing proposition. Add to that a collection of material which ranges from original compositions to distinctive interpretations of traditional songs and you have a potent mix.

Cathy LeSurf may be the name which first attracts, being associated with some of folk rock’s big players, yet Isobel Kimberley and her instrumental skills on sruti, ukulele and harp added to her other worldly voice see her stamping her mark all over this album. Of course, the additional strings from Gary Southwell and Jim Kimberley’s guitars provide the bulk of the backing and add a chiming and ringing feel to the material.

Opening with a dark version of Child’s Twa Corbies from Three Ravens gives the impression that this is going to be a sombre and subdued collection. However, the similarly dark subject matter of English folk song Edward (covered in variation by June Tabor & Oysterband in their last collaboration) is delivered more as a ominously driving piece to accompany the murder ballad lyric. An immediate highlight, and one which gives way to some more delicate material with a short but sweet take on Nonesuch - a Playford country dance featuring an appearance from Gordon Giltrap on guitar. If such things still existed, it would have been a perfect piece for worlds to collide and produce an extended 12” mix.

The group move from showcasing instrumental prowess with tunes to a chance to showcase the combination of vocal talents on The Bitter Withy, with the combination of voices continuing on the traditional Norwegian lullaby Sula Lula - the beginning of the 17 minute, five-part Sea Suite. It introduces a wonderful extended work which flows through five pieces.

The Great Silkie Of Sule Skerry - an enthralling version of Child’s tale of a shape shifting silkie, the original tune written by American folkie James Waters and passed into the traditional by Joan Baez is followed by Cathy LeSurf’s Boatman and Flint’s Maggot. The former described as an “unreservedly happy song” and the latter introducing the character of Ephraim Flint, both adding some original work to the suite. The suite arrives at a peaceful end with John Masefield’s Sea Fever providing the words to a tranquil string led finale.

There’s no doubting that Wolfscote are a class act and with Turn The Glass, they have assembled an inspired collection which allows their flair and panache to shine through. Individually, they are a set of musicians who could easily fit into being described as craftsmen/craftswomen, yet together they form a band which is possibly even greater than the sum of its parts.

Engineered by Neil Segrott.
Released on 2nd May 2015, on Plains Records.