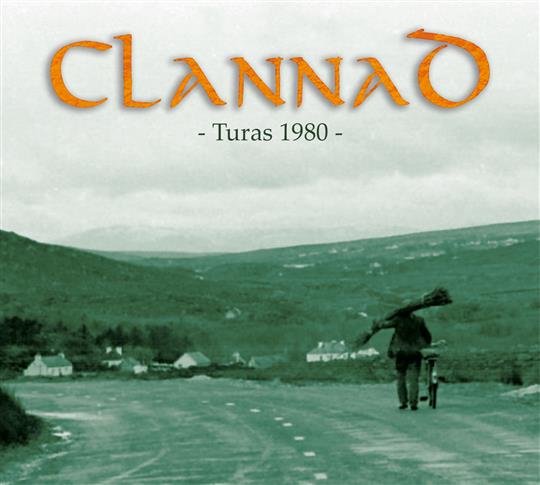 Recorded and then lost for almost thirty years Turas 1980 is like a folk music time capsule. Looking back, Clannad point out that Turas captures them as they shifted from being well known amongst fans of folk music to capturing global attention, not least for their theme to the show Harry’s Game.

Turas’ opener, Turas O’Carolan finds the band calm, collected and cool. Chosen as an opener for its composer, Turlough O’Carolan, Clannad deliver a clear declaration of their Irish roots. Even for a folk album, Turas is noticeably traditional. This stands out even more given Clannad’s experimentation in electronica that followed the album’s recording.

There is little room to criticise the band’s technical skills. Moya Brennan’s vocals stand out. She loses no time in demonstrating her range in An Crúiscín Lán/ Cuach Mo Lon/ Dubh Buí, where her light and airy vocals dance across the melody.

In An Buinneán Buí Brennan is more reflective and grounded. Clannad’s male members back her, offering an anchoring point for her vocals.

Turas is packed with great instrumental work. Paddy’s Rambles Through The Fields/ Tommy O Dea’s Reel features Pol Brennan’s excellent whistle playing, before the band join him for a pacey and assertive reel.

Clannad play as a tight and compact unit, despite playing live they maintain remarkable discipline. Whilst staying true to Irish folk Clannad demonstrate range, from the foot thumping and self-assured Rince Philib a’Cheoil to the reflective and vulnerable Siúil a Rún.

The airy Dúlamán is the epitome of the organic, ethereal sound the defines Clannad. The final track, Níl Sé’n Lá signals the experimental direction Clannad was moving in. At ten minutes long the arrangement feels very much like a rock or jazz anthem.

Moya Brennan describes Turas as a “memory taking us back to the early Clannad.” This isn’t untrue, being a lost recording it is certainly a bit of a collector’s item. Turas’ real testament though is the fact that it is a great Irish folk album in its own right and can easily compete with the best of contemporary Irish folk.