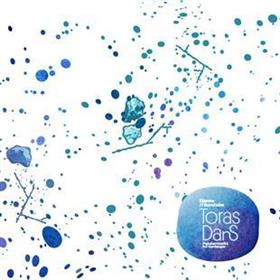 Toras Dans is a mysterious and inviting album. It is both exotic and familiar.

Annlaug Borsheim and Rannveig Djonne are the duo behind Toras Dans. Annlaug is a superb Hardanger fiddler, guitarist and singer/songwriter, already known for her debut solo album November. Rannveig is a melodeon player whose previous album Spelferd Heim was listedas one of the ten best Norwegian albums of 2008.

Both draw inspiration from their Hardanger roots. As they put it, ’we are inspired by popular music, both old and new, and Hardanger pervades what we do.’

Annlaug and Rannveig first played together unexpectedly, when Annlaug’s duo partner fell ill at short notice and she invited Rannveig to join her back in 2007. Their partnership has blossomed since then, and they recorded Toras Dans in only three days.

Listening to Toras Dans feels like going on a journey or even a pilgrimage. There are songs - some traditional, some lyrical - interspersed with tunes that have a haunting traditional feel to them.

All of the pieces are self-penned, yet some sound familiar and traditional whereas others are contemporary. There is also a cultural mix, as the music draws both from the Norwegian and Scottish, particularly Shetland, traditions. The musical mixture is intriguing and gets under your skin.

Songs sung in an unfamiliar language free the mind and spirit to feel a way towards understanding. In sympathy with that way of listening, this review has been written with observations made from feelings, and then backed up or complemented by comments from the sleeve notes read only after the feelings were recorded.

Opening with Dans, the accordion conjures up a picture of an inn lit by a warm golden light. Annlaug sings with gusto. The listener can visualise dancers moving in the firelight to this music.

Desember is a very peaceful reflective song with a beautiful chorus. It feels very much like the end of the year, with its descending movement and tone of longing that comes to a resolution. It is ’a time not of darkness, but of light - reflected in our songs and words’. This comment is true of all of Toras Dans. Darker melodic combinations and songs acquire a lightness in the execution.

Besse Vikingson has an air of courage and adventure about it, calling us to the path to progress on the journey. It is a Celtic-inspired tune named after a man who lived in Hardanger in the 14th century.

Kom bli med is a moment of rest and relaxation on the journey. ’There are always new things to discover in this world, if you are willing to search.’

Da Lounge Bar takes us to a session in a pub. In fact, Borsheim wrote the tune after many inspiring sessions with great fiddlers and musicians from Shetland, many of which took place at the Lounge Bar in Lerwick.

The title song Toras Dans is another lively folk song. It has a quick-stepping feel to it, and was written for Rannveig’s five-year-old niece who is ’fascinated by the thought of the earth giddily spinning round the sun’.

Berlinervals contrasts as a dreamy piece, reminiscent of the playing of Hannah James and Sam Sweeney. Listening, you feel you are entering another world.

Eg kjem til deg - now you feel like you’re eavesdropping on a private conversation. In fact, it is ’a classic love song; with longing, doubt and a beating heart’.

Hogare Storre Mest feels like a stop in a village where all the villagers are out and about, it’s a pleasant sunny day and they’re doing their shopping, stopping and chatting. It conjures up a simple life. In fact, this song is a social commentary on our approach to life. ’Our striving for ever more, bigger, higher is ultimately harmful both to the planet and to our social lives. The Norwegian philosopher Arne Naess suggested a better ideal: a rich life through simple means’.

Djonno feels like dusk is here, taking stock of a journey with all its ups and downs, settled in self with a slightly wistful tone but all the loose ends come together. The song is named after the village where Rannveig grew up, with very few people and thousands of fruit trees. So the album comes full circle, back to Hardanger where it all begins.

Toras Dans is complete in itself. Listening to these pieces quiets and soothes the spirit. The art of Annlaug and Rannveig is deceptive in its simplicity.