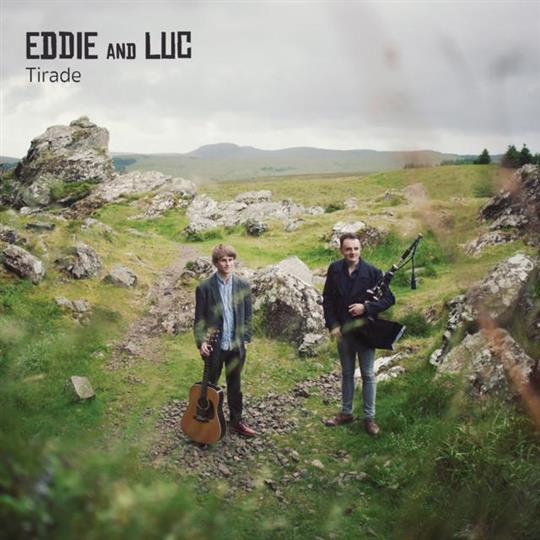 Like many of the best albums, the plan to record Tirade was first hatched over a pint. One year on, and Eddie & Luc’s chat down the pub has delivered the duo’s first full album.

With singer and guitarist Luc McNally hailing from County Durham and whistle, bagpipes and bouzouki player Eddie Seaman from Edinburgh, Tirade is naturally based around the songs of North-Eastern England and Scottish piping repertoire.

But this is much more than a run through of old standards. 21st Century tune and opener Angry Piper’s Tirade lives up to its name, with its flurry of notes in complex metre tackled unflinchingly.

Not Enough Triplets (a tongue-in-cheek title) gives Seaman a further chance to show off his substantial chops. He does that impressively, playing impossible-sounding runs as though they were nothing at all.

While the other tune sets don’t quite elaborate on the melodies with as much impudence, they do show a superb musical understanding between the duo. There’s the rhythmic push and pull on Glint of Silver, and the timing changes in On a Boat which are so smooth as to almost pass by unnoticed.

On the first tune in the latter set, McNally makes good use of the guitar’s tune-carrying abilities with a pleasant self-penned jig that has just enough accents and swing to bubble along nicely.

The songs largely provide the more contemplative moments on the album, such as Harry Brewer. The neat juxtaposition of the First World War with the Easter Rising makes the republican ballad more thoughtful than tub-thumping.

On a similar theme, the understated treatment of Here’s the Tender Coming nicely reflects the nervousness and dread at the arrival of the press gangs. While McNally’s plain and unmannered vocal style fits the song well, both this track and Byker Hill could maybe do with raising the volume at just one or two choice moments to throw the no-doubt purposefully gentle treatment of them into sharper relief.

The fact that it’s hard to find fault beyond the above shows how well conceived Tirade is as an album, both in its arrangements and the fact that no track feels like a makeweight, or retread of others on the record. Let’s hope Eddie & Luc go for a drink to plan the follow up soon.

Released on CD and download on 22 November 2016 via Brigg Records.