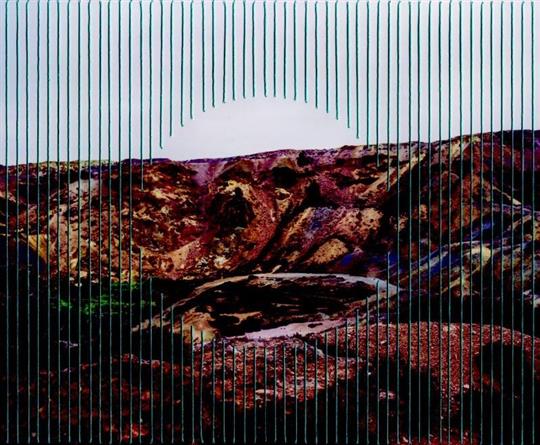 This is the third album from the sibling trio Plu from Snowdonia. For those in the dark, their debut album was shortlisted for the Welsh Language Album of the Year 2013/14 as was the follow up album in 2014/15 - not only that but one created especially for children.

Having scratched that itch, they are back embracing Welsh language and culture. Tir A Golau sees them working on adaptations of songs with both Welsh and other origins, and also sees them sticking resolutely to their guns and singing in their own tongues. The band also stayed true to their origins by recording at various Welsh studios including Bryn Derwen, Bethesda in the heart of Snowdonia, capturing some of the inspiration of their surroundings.

It’s very much a case of paying due deference to Wales as a listener, not that anyone should expect an English translation (although the majority of the album credit information is), but you can understand why for that reason the subject matter and the impact might ultimately remain less accessible.

Musically though, there are times there iss the suggestion of the type of delicacy and lightness you find with The Unthanks, not least in the title track which leads off the set in a rustic and organic manner. Light instrumentation, tumbling guitar notes and an emphasis on atmosphere abound.

Byd O Wydr’s electric piano leads a slow build to what for Plu you might term a more intense climax and possibly an ever so slight hint of a jazzy feel. However, prolonged exposure might find Gollwng Gafael start to emerge as the standout track - almost Celtic in mood, possibly as a result of the distantly faint fiddle which floats in and out of the mix, and showcasing the harmonies at their brightest.

Having said that, Hedfan closes the album with a virtually unaccompanied vocal performance which really brings closure to an album where the journey comes full circle. The round of applause which greets its ending may be an indication ofa live recording or possibly just a spontaneous round of appreciation from those present witnessing a passionate and definitive take of the song.

Yes, it might appear that Plu work in a niche market; a big fish in a small pond, yet they’ve recently crossed the big pond to represent Wales at the recent Folk Alliance in Kansas, spreading the word and satisfying the thirst for anyone who likes to dig deep and discover traditional and cultural diversity. At just over half an hour of gentle Welsh folky goodness, for anyone unfamiliar with Welsh tradition and their contribution to the folk genre Tir A Golau gives a fairly accurate account.

Released on the Sbrigyn Ymborth label in November 2015