Dervish - The Thrush in the Storm 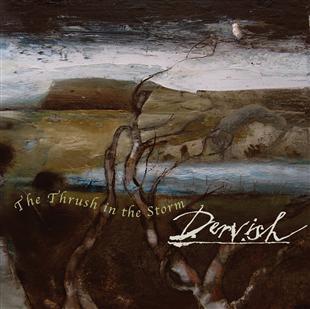 Dervish has now released their thirteenth record, and it’s their first studio album for five years. Called The Thrush in the Storm, it brings us another fine example of genuine Irish music. This is definitely to be considered good quality Irish music using an accompaniment of instruments you would associate with the genre.

We get with Dervish a mix of strings, flute, melodeon and of course Cathy Jordan’s wonderful singing voice, all coming together to give us a combination of traditional Irish jigs and then softer Gaelic songs such as Baba Chonraoí. There are also of course English songs such as Shanagolden which paint us wonderful images and pictures in our minds.

It is particularly enjoyable that Dervish embraces all aspects of traditional Irish music rather than focusing specifically on one style or element. This allows Dervish to present a full platter of skills and experience that they have built up over their 24 years in the business.

Dervish gives us a well thought out balance of popular Irish tunes such as Maggie’s Lilt along with lesser known Irish songs that each have been given a unique spin by the band, such as The Rolling Wave.

When listening to the music it builds an atmosphere as though you are sitting in a little Irish pub listening to a live music session. We get the same sort of mixed desires to gently sway along to the tunes and also to have a good foot tap for the livelier tunes.

Throughout the entire album the different instruments take turns in taking the lead, so in tracks such as The Corner House the flute gives us the lead, then for others the fiddle, vocals or melodeon are in the foreground and this really helps to keep the album mixed and lively.

The Thrush in the Storm is an extremely pleasant album to listen to and points to even more to come from Dervish.