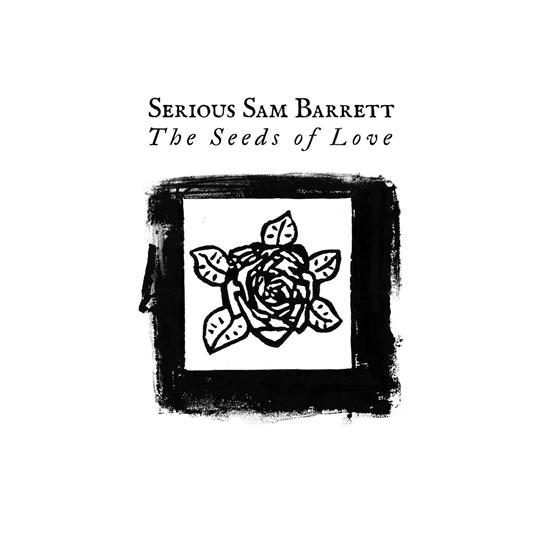 Taking its cue from the songbook of the same name, The Seeds of Love sees seasoned musician and singer Serious Sam Barrett getting stuck into traditional English songs dealing with matters of the heart.

The repertoire and style will be familiar to anyone who’s been a folk club regular in the last 60 years, lending a timeless quality to the songs. Barrett’s use of banjo and twangy twelve string guitar give a transatlantic feel to the music, especially when bending the corners of Three Ravens for a bluesy effect.

Similarly the vocal delivery alternates between a softer, more Americanised murmur on tracks such as Blow Away The Morning Dew, and the broad Yorkshire belting out of unaccompanied numbers such as Every Night It Has An Ending. There’s a forlorn air to The Recruited Collier while The Waggoner, another song from someone with their eye on a young miner, has a subtle but winning swagger.

The one disappointment is Barrett’s tendency to stay in one gear on each song, with a lack of the subtle variations in intensity, volume and tone needed to extract full meaning from the source material when performing in the low to no accompaniment style.

But then when you’ve got a set of lyrics and tune as great as Drowsy Sleeper or Was On an April Morning, maybe it doesn’t take a lot to grab the listener by the ears other than giving the song a clear airing, which Barrett does with great gusto.

As with many straight down the line folk albums, the songs themselves are the focus, and The Seeds of Love is no worse for it. Some seriously good cuts from Serious Sam.

Released on CD, vinyl and digitally on YaDig? Records September 15 2021.

1. Valentine’s Day
2. The Waggoner
3. Every Night Has an Ending
4. Bushes and Briars
5. Drowsy Sleeper
6. Bonny May
7. The Recruited Collier
8. Three Ravens
9. Blow Away The Morning Dew
10. Was on an April Morning