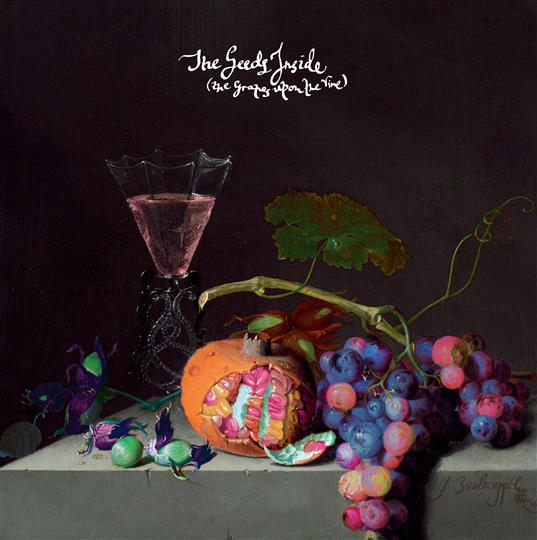 A mix of original songs written by Rupert Browne and Ruth Jacob combine with folk songs with a modern twist on The Bara Bara Band’s The Seeds Inside (The Grapes Upon The Vine).

In seven year the band have released two EPs and their debut Escape From Clinch Mountain as well as establish the Tooting Folk Club as part of the circuit. The Seeds Inside… continues their journey along the spectrum of folk with a press release promising delights for fans of Bellowhead, Stick In The Wheel and Fairport Convention.

First impressions are that the twelve songs are firmly in the Stick In The Wheel bracket with the focus on the organic, the raw and the stripped back. What Ruth Jacob calls a reflection of “traditions in music; how the old is contained inside the new and new existed within the old.”

The combination of traditional songs and Jacob / Browne originals merges so effectively within The Bara Bara Band framework, that you’d be pushed to spot the join. Mists Of Time sets the tone with a country and western gallop, the first of a number of pieces that call in influences from far and wide, and they hit a peak on Plimsoll.

The latter is a striking arrangement of a traditional broadside and a song canvassing for better safety on cargo ships where unscrupulous owners sent sailors off to their death to cash in on insurance policies. The fiddle adds an urgency and it’s perhaps the song where the Stick In The Wheel comparison is at its most obvious. Lyrically, More And More (based on an hypnotic Hollis Brown pace) and All Look The Same have the sort of edge that you’d also associate with their fellow Londoners.

The range of the arrangements see them strike out unafraid to expose their voices on The Barley & The Rye and offer up a more reflective atmosphere with Wandle, yet throughout there’s always an underlying sense, a fundamental presence of their roots.

The album ends on a lighter and jauntier note as On The M25 celebrates, if that’s the right word, the notorious highway. Then, All For Me Grog, the traditional drinking song, sees us out with the chance to raise a glass in a rousing fashion, as you do, at the end of a thoroughly agreeable and occasionally challenging encounter.