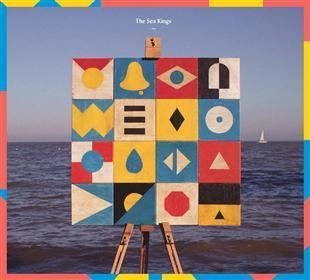 It’s rare that you find an artist able to pay homage to the originators of their craft whilst simultaneously providing a strong contemporary slant on their music. But Cornish trio Sea Kings have achieved just that and have done so pretty effortlessly on their eponymously titled debut album.

The sea is a constant theme on the record and reading the song titles it would appear a story flows throughout giving a sense of concept to the whole album. Opening track Villages details a journey through familiar territory in a maelstrom of soaring vocal harmonies and stirringly positive musicianship which sets the stall out nicely. Mandolin, Guitar and understated percussion are at the forefront of the band’s sound and provide a sumptuous sense of coastal summer breezes to dank, dark winter nights.

The sunny musical disposition of the record is reminiscent of Durham’s Megson whilst the vocal harmonies aren’t a million miles away from Sunderland’s Futureheads. A sense of tradition runs strong through the albums backbone though and provides a lovely contrast to the modern and upbeat sound.

Rain Rain bounces along on an almost percussive three-part vocal and shimmers in a way that belies the damp of the song’s title. Swim provides a dreamy paean to friendship not a million miles away from the early works of Stornoway, whilst The Ship In Distress recalls both Steeleye Span and Faustus with a vocal lead ballad that uses instrumentation to great storytelling effect.

Whilst the themes and sound are overall very similar throughout it would be unfair to describe Sea Kings as ’samey’ purely because the material is strong enough to rise above such an accusation.

The danger for Sea Kings long term is that they don’t allow themselves to get pigeonholed as ’that band who do three-part harmonies about the sea’. As a collective they clearly ooze talent and it would be great to see them develop their sound on album number two and beyond but for now this is a refreshingly clean, crisp and competent debut album and bodes very well for future endeavours.