Josh Geffin - The Rocks Of Bawn 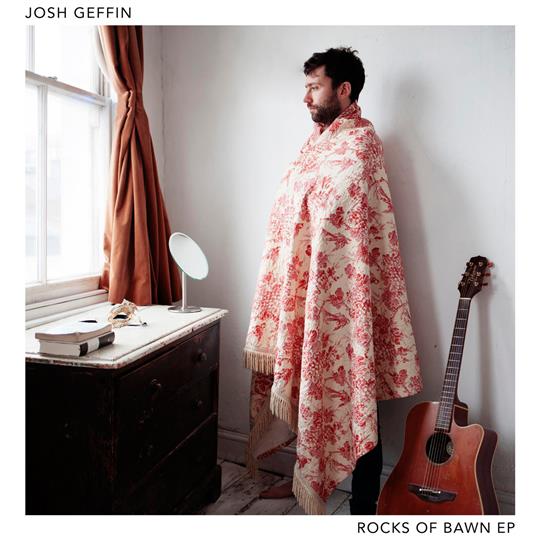 Like a far away sunrise, the title track begins with a rippling guitar figure. A distant swell of fiddles appears, before a soft voice begins to tell a story of hard labour in rural Ireland.

This is possibly a point of departure for Josh Geffin. Having released one album and one EP to date, Rocks of Bawn marks his first release made up entirely of traditional material.

Though the arrangements are built around Geffin’s understated singing and acoustic guitar, this release is much more than a man in front of a mic. But while all five tracks also feature electric guitar and viola, they do so in a decidedly minimalist fashion.

The tantalising snatches of echoing guitar, or choice swoops of viola provide a tasteful embellishment to the tracks, hinting at a wider tonal and harmonic vision beyond the simple tunes. There’s the beckoning viola lick on Won’t You Go My Way, or the shimmering echoes of guitar on the dreamlike Our Captain Calls All Hands.

Meanwhile the title track and Johnny Barnes both make use of dour chord progressions and a vocal delivery reminiscent of John Martyn, as well as the kind of sombre double bass and dubby electric guitar seen on Martyn’s seventies recordings.

On first listen, Rocks of Bawn appears merely pleasant, thanks to Geffin’s winsome vocals. But on closer inspection, the EP contains remarkable depth and gravity for just five tracks, that also manage to be so easy on the ear.