Boys of the Lough - The New Line 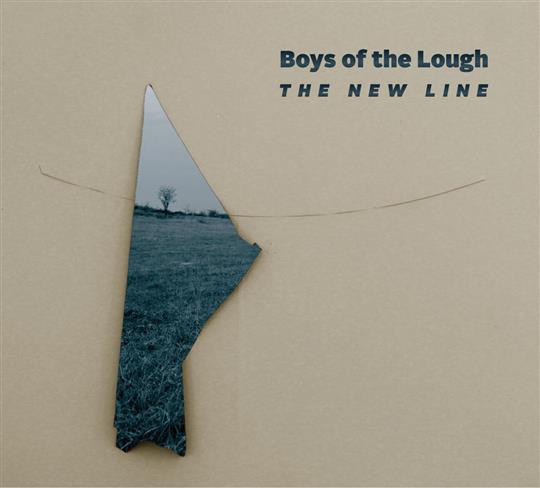 For over forty years now, Boys of the Lough have been one of the most prominent and influential forces in Celtic traditional music. Their new album, The New Line, the first in a decade, serves to show that they have lost none of their impact in that time.

They open with the reel which gave them their name, Boys of the Lough, which neatly emphasises this point. They have been playing it for their entire career, and it still bubbles with energy. Driven by Cathal McConnell’s flute and Kevin Henderson’s fiddle, it has a tightness and joy that runs through all the jigs and reels on this album.

While the jigs and reels are perhaps where the Boys feel most at home, The New Line also offers up a couple of gorgeous airs. Da Smugglers is the finest example, with Henderson’s beguiling fiddle playing sitting comfortably over sensitive accompaniment from Garry O’Briain on piano.

The final facet of this multi-talented group is their songs. The three in English are sung by McConnell, with Liffey Side standing out thanks to the melancholy beauty given to this old Delia Murphy song in this arrangement. McConnell’s voice is beginning to show signs of age, but this lends his songs an intimate quality which only enhances the performance.

The other two songs are sung in Gaelic by Brendan Begley, and the high standard is maintained in these. The album’s finale, Nuair A Ráinig Mí’m Baile, is particularly fine, with a bewitching elegance which is common to much of the slow music on this album.

In summary, The New Line is evidence, if any were needed, that Boys of the Lough are still a force to be reckoned with on the Celtic music scene. Hopefully there is yet more to come from this wonderful group.

Boys of the Lough discography

Boys of the Lough