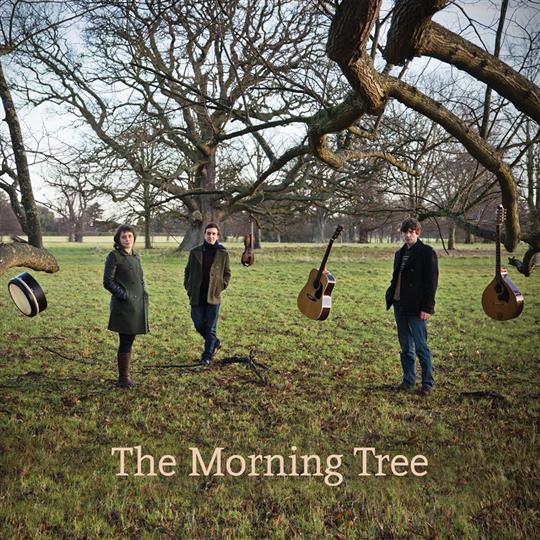 From the very first notes of their opener Lough Erne Shore, you can’t help but be transported by The Morning Tree’s playing and singing. Consuelo Nerea Breschi, Eoghan O’Shaughnessy and Matteo Podda offer a fresh and delightful view of Irish traditional music.

It’s clear the trio fit together perfectly; each plays to their own strengths while complementing and making room for the others, and the resulting interplay is lovely to listen to. The album - about half tunes and half songs - has, for the most part, a gentle sound, and even the faster tracks sound a little ethereal.

The vocals are lingering and effortlessly powerful. Do You Love An Apple - a song written by the Secret Sisters - and the traditional songs Tá mé i mo shui and Wee Weaver are particularly beautiful renditions.

There is a dreamlike yet also immediate quality to the instruments, particularly the guitars and bouzouki - you feel as if they are playing are in the room with you, and not a note is out of place. The fiddle playing is solid and full, which works well against the more floating sounds of the fretted instruments. There is also a lovely harp accompaniment on Tá mé i mo shui by Mario Lipparini, and a deep bodhrán beat on a couple of the tune sets.

The album finishes with the poignant song The Emigrants Farewell - the notes comment that it’s "the last song that we arranged for the album, which felt very well-suited as it coincided with a departure from Italy". Unlike earlier songs, it rests at first on long resonant fiddle drones before bringing in vocal harmonies and bouzouki.

The Morning Tree are without question talented musicians but it’s the feeling and spirit they put into their music that makes it so captivating. You know it when you hear it, and it’s impossible to put into words. So go and listen to them.