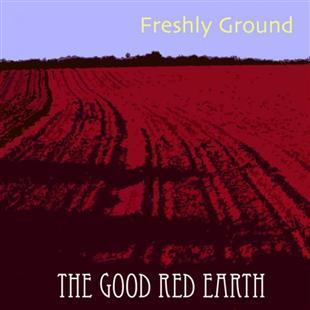 Not something you see every day - a CD containing songs by a community choir. And that’s exactly what Freshly Ground deliver.

A choir led by melodeon player and composer, Issy Emeney who has been arranging and composing tunes and songs for the last fifteen years and stands as the main inspiration behind the project.

Made up of traditional tunes and some written by herself, her choir of ten recorded the album in a very live and organic manner over a couple of days with no more than a pair of microphones. Whilst paying due respect to the traditional material, the group have managed to add their own stamp with their own ideas in the arrangements and delivery.

The gorgeous ’John Ball’ by Sydney Carter is a safe yet perfect choice of opener having been covered previously by the likes of The Old Dance School and is accompanied by some similarly familiar traditional songs in ’Widdecombe Fair’ and ’Keys Of Canterbury’ although of course done in the choral style.

For those who want to dip their toes a little further into the water, of the original songs, ’The Last Tommy’ has a lovely sentimental feel with the opening of the solo voice while the choir’s on the “I’m Free” refrain shifts the dynamic. It’s one of five self-penned song by Issy and inspired by the death of Harry Patch, reluctantly famous as Britain’s last fighting Tommy

’Watercress O’ is an interesting piece for which Issy contributes the music; a single solo voice on the verses complimented by the ensemble accompaniment on the chorus and typifies the air of a singalong session in what is a very organic folk tradition - something acknowledged in the notes to the standard ’John Barleycorn’ which defies the most reluctant non joiner-in to sing along.

Overall it has to be said that the genre is very much an acquired taste as for some there may not enough variety but ’The Good Red Earth’ certainly provides something interesting with the chance to hear traditional material housed in a different framework.