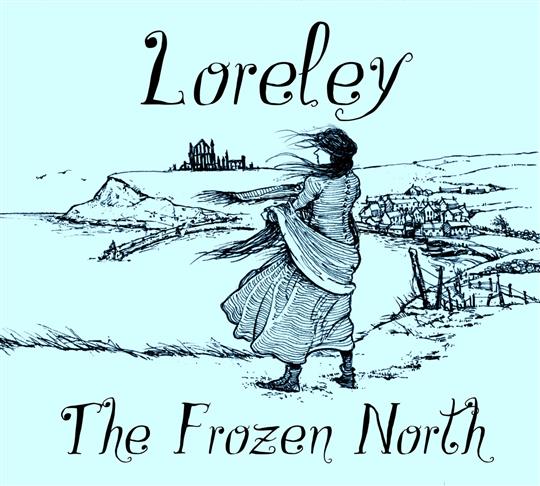 This Sheffield-based duo’s new album bursts with energy from the outset: the first track, Blow Northerne Wynd, breezes along and breathes new life into the medieval words.

The whirlwind pace continues in The Sheffield Grinder, but, crucially for an 1850s broadside, the words are clear despite the frantic modal strummed accompaniment.

Storm in the Holy Ground also features muscular riffs from Simon James Chisholm, who variously strums mandolin, guitar and dulcitar across the album.

Most of the songs on this 11-track CD are traditional lyrics, set to new tunes, but The Blinky Set is the only tune set. In it, however, Maddy Glenn vocalises a quasi-instrumental line to provide more interesting textures, and the brief excursion into being in two keys at the same time is an intriguing touch.

It is refreshing to hear new tunes for the well-known songs The Oak and The Ash, and My
Donald, especially ones which leave enough space for the instrumental work to shine through in partnership with the vocals.

The Snows They Melt The Soonest is delivered a cappella with an affectingly honest simplicity but still with the high degree of forwards impetus that characterises this release throughout.

Ilkley Moor Baht’at starts with a yelled “ 1 2 3 4 “ that owes more to The Ramones than traditional folk, and Chisholm’s self-avowed interest in finding unusual harmonies is certainly apparent here. Glenn again manages to get words out coherently and tunefully despite the rollicking tempo.

Reynardine pays tribute to one of the duo’s heroes, Steve Knightley, and shows imagination inswapping accompanying instrument part-way through to build tension, as well as using Chisholm’s whispered backing vocals to create a spooky atmosphere. While evidently aware that he is not the most silky smooth of singers, he uses his vocal forces judiciously here.

He also does so in High Barbaree where he does a good pirate impression as well as playing a driving backing rhythm. This rapidly re-iterated rhythm is particularly effective when in counterpoint with Glenn’s sung tune, the two melodic lines going in different directions at the same time with great gusto.

Incili Bebek Ninnisi, apparently a Turkish Anatolian lullaby’s words, is attacked with such speed and vigour that it is anything but restful.

This album is a real antidote to folk’s occasional tendency to wallow - there are no moody eight minute long misery-fests, and the ride is quite exhilarating. It sounds like a duo who are excited about making music together and that can only be a good thing.

1. Blow Northerne Wynd
2. The Sheffield Grinder
3. Storm in the Holy Ground
4. The Blinky Set
5. The Oak and the Ash
6. Donald on the Sea
7. The Snows They Melt the Soonest
8. Ilkley Moor Baht’at
9. Reynardine
10. High Barbaree
11. Incili Bebek Ninnisi