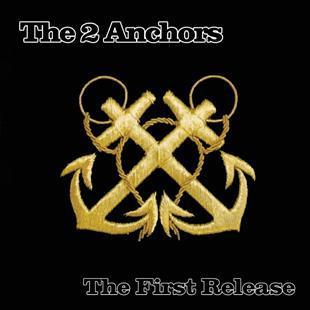 The 2 Anchors are Gloucester’s sea shanty group and have very much kept their priority on live touring rather than releasing albums, which is fairly common for shanty groups at the moment. Their aptly named The First Release is a six track EP, and a good introduction to the singers.

The generous selection of six traditional tracks gives us a firm idea of what 2 Anchors are about, how they sound and what you can expect. All of the tracks are fairly well known from Fire Marengo to Chicken on a Raft, and are mostly sung with the emphasis being on a capella. Only one song, Amphitrite actually has background accompaniment and that is just a hum on the strings to add a little extra.

The 2 Anchors have gone for a simple approach, sticking to well known tunes and using their powerful voices to carry these songs across to the audience with no fuss and no mess. This really works for them and is a fine example of when less is more.

The familiarity of songs must make for great live shows where people can sing along too if they wish. The lack of released material from the group may reflect that the atmosphere in a live show can’t really be captured the same on a recording. That said, it’s still an enjoyable attempt!

Here’s hoping they release more in the future, this EP certainly wets the appetite.