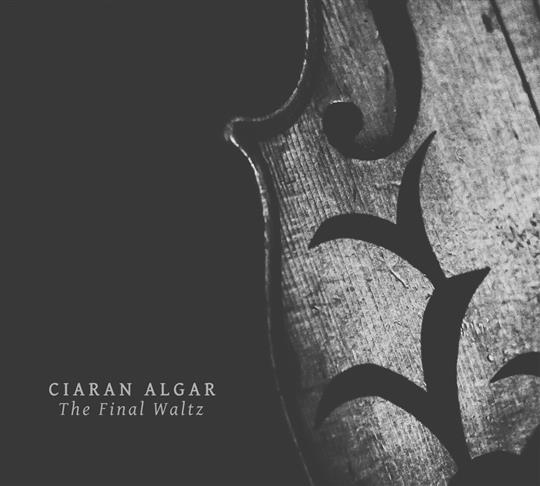 For someone with an abundance of youth on their side, it’s amazing how the Algar CV reads. Including a variety and depth of experience, Algar comes across as almost prodigy-like, successes coming at an early age in the Fleadhs, yet the most impressive and most recognisable achievement is perhaps his BBC Radio 2 Folk Award-winning partnership with Greg Russell.

In fact he’s described making his first solo album as feeling like “cheating on your spouse; then relaying all the information in detail to them.” In stepping away from, not so much the comfort zone, but the reassurance from working with an established partner, he’s taken a bold step.

Yet at the bidding of Paul Adams at Fellside Records, he’s accepted that it’s a better way of spending a gap year than stacking shelves or backpacking round the world. Indeed it is an excellent use of time as the expectation afforded from Algar’s successful and acclaimed dabblings as a duo with Russell come to fruition in an exciting collection of songs and tunes.

The combination of tunes and songs works a treat. Instrumentally, it’s highly infectious and although planned as an instrumental album, Algar has taken the bold step of featuring his songwriting with three of the four songs being self-penned and in a state where he’s confident enough to unleash them on the world.

Dealing with those first, the title track was the first song written for the project, carrying a semi-political message which is open to interpretation, but essentially an admonishment of those who send others out to do the dirty work. In completing Locks, which sees Algar taking lead vocals, there was apparently some most welcomed support from Kris Drever via a 2am phonecall. It’s a track which you can even imagine Drever himself making a decent fist of.

Our Home Now has a suggestion of being of an autobiographical nature - a song about being in a relationship in a place you despise - which Algar states is DEFINITELY not about him and DEFINITELY not about Stoke-On-Trent (who knows where the truth lies). Given a more contemporary coating, it shifts to more of a lively shuffle tempo from the other songs.

The picks of the album may well be the sets of tunes sandwiched between the songs - taking mischievous joy in tackling sets with key changes and even without. A couple of these also take Algar back to his Fleadh days: The Luck Penny and The Wild Geese. The traditional combining of several tunes in one set sees them regularly shift gear while maintaining a strong and authentic Irish/Celtic flavouring. Morrison’s features a shift in keys - a bit of an Algar trademark moment.

The track which stands out is the immediate attention-grabbing Popcorn Behaviour - the opening track with what Algar has called the best named tune in existence, which is a good enough reason in anyone’s book to include it. In an arrangement which you can see a big band making into a real belter, the Algar band ensures it sets the album off in fine style, particularly when the subtle percussion kicks in. In contrast, The Wild Geese ushers the album out in a more wistful fashion, almost allowing the band to step into the shadows and let Algar - it’s his name on the cover after all - see the album out on his own.

A word about the musicians assembled to bring this project to fruition: added to the Algar list of instrumental skills on fiddle, guitar and banjo, there’s Sam Kelly on vocals and a cast of musicians adding their skills to really give the set a band feel. Toby Shaer’s flutes and whistles and Edeb Longson’s drums go some way to supporting the notion that it’s amazing what a bit of drumming can do to a folk tune - at times, picking up the mantle where the dear departed Kan left off.

One thing’s for certain though - you can be sure that if ever time gets called on the Algar/Russell duo, Algar has the wherewithal to go it alone.

Full disclosure: Ciaran Algar used to write for Bright Young Folk, but is not actively involved with us at time of writing.

Released by Fellside Recordings on 8 January 2016.