Sam Lee - The Fade in Time 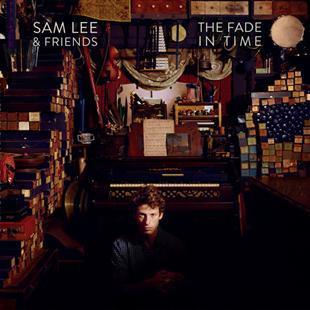 Sam Lee’s renditions of British folk songs demand the listener sit up and take notice. The combination of trumpet, Jew’s harp, cello, violin & koto is not one you might expect, but it has the effect of making the music seem timeless and placeless.

Many of the songs, rather than being taken from books or recordings, are drawn from primary sources - singers in the folk tradition. Lord Gregory opens with a recording of the singer Charlotte Higgins recalling the song: "It’s an old, old song, you see, a very old song," she says, as her recitation of the lyrics fades into Sam Lee’s rendition.

Bonny Bunch of Roses also opens with a recording - an archived clip of an Eastern European cantor singer, whose voice returns near the end of the song to sing in tandem with Sam Lee. Rather than feeling out of place, it blends well into the soundscape of the modern recording, and truly feels like a meeting between old and new.

Even the songs that are not collected directly from singers have their own distinctive stamp. Sam Lee’s version of The Blackbird, drawn from a recording by May Bradley, is trance-like and epic, with ringing piano and percussion in the background and strident trumpet holding the melody.

This isn’t really music you can dance to - mostly slow and evocative, each song (many of them over five minutes long) requires attention and contemplation, and the music sometimes leans toward the dirge-like. However, the sheer skill of the players makes it impossible to be bored.

It’s Sam Lee’s singing that really holds the album together, though - his voice is oddly hypnotic, broad and sharp like many English folk singers, yet at the same time mellow. It seems to resonate at its own frequency, especially in songs such as Willie O, which begins with long cello notes against the slow verses.

The Fade In Time is an extraordinary set of carefully selected songs, songs that are modernised by Sam Lee and his band’s arrangements, but never lose sight of their ancient roots.