Katherine Priddy - The Eternal Rocks Beneath 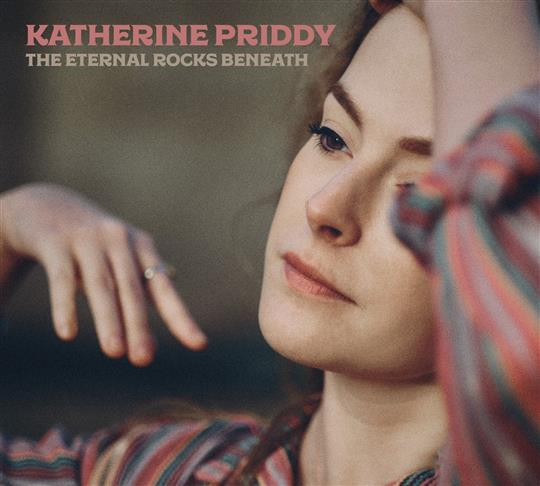 It’s hard to believe The Eternal Rocks Beneath is Katherine Priddy’s first full-length album. It leaves an impressive mark on the listener and the English folk scene. Priddy’s delicate and deliberate voice floats comfortably on the ample instrumental backing, including Priddy herself on guitar. The album’s name is a tribute to ever-present fundamental aspects of life, and it was released on 25 June 2021.

The opening track, Indigo, starts the album off with a fantastic sample of what is to come. It is a well-written song with uplifting backing harmonies. Wolf has an enchanting character that builds up to a climax fulfilled by Ciaran Clifford’s whistle playing.

Icarus creates another warm sea of emotion, with waves of longing, and contempt splashing into your ears. The dynamic range in Eurydice is rarely matched in any album and makes it a dramatic song. The upbeat energy in Letters From A Travelling Man comes as a relief, and suggests a strong American folk influence. But its melancholy farewell lyrics means it fits comfortably in among the rest of the album.

Ring O’Roses is a take on the nursery rhyme that you wouldn’t want to play to your kids before bed. Its haunting vocals are made even more disturbing by the transcendent harmonies and carefully placed major chords amongst the sea of minor.

The final track, The Summer Has Flown, is an ode to the album’s theme of the never-changing constants in life, so somewhat fittingly the vocals phase out to the sound of birdsong. It is warm, comforting, and powerful.

The Eternal Rocks Beneath is a triumphant work. Priddy’s song-writing leaves nothing to be desired and her singing creates a lasting impact.

It is an album to be immensely enjoyed and remarked upon while listening, and one that will not be forgotten in a hurry.

Released on Navigator Records on 25 June 2021. Produced by Simon Weaver.