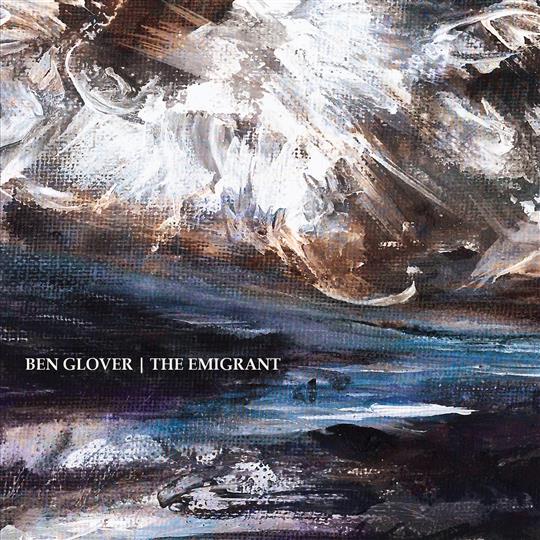 In a highly-charged political climate in which immigration is the hot topic all over the world, Ben Glover’s new album The Emigrant could hardly be better timed.

The singer-songwriter was born and brought up in rural County Antrim, but has plied his trade in Nashville, Tennessee since 2009, so is no stranger to dislocation. He has compiled a collection of ten songs - four original, and six gathered from elsewhere - addressing this universal theme from every angle.

Glover begins with a brooding, minor rendition of the well-known traditional song The Parting Glass, featuring some fine fiddle playing from Eamon McLoughlin. This leads into two superb original songs. A Song of Home, co-written by Tony Kerr, is a rose-tinted look back at a far-off homeland. This is followed by the title track, which Glover wrote with legendary Nashville songwriter Gretchen Peters.

A beautiful look at the struggles of an emigrant which is seemingly inspired in equal parts by Joni Mitchell, Bruce Springsteen, and the twin folk cultures of Glover’s two homes, The Emigrant is a brilliant showcase for Glover’s textured and emotional voice and the instrumental talents of his band. Also of note is the more upbeat Heart in My Hand, which takes a more positive and yet still distinctly pensive view of moving across the sea.

The songs borrowed from other places are of equal merit. Ralph McTell’s From Clare to Here is reproduced in a deeply melancholy and reminiscent mood very faithful to the original, while a mournful rendition of Eric Bogle’s legendary anti-war song And the Band Played Waltzing Matilda could bring a tear to the hardiest eye.

The Emigrant concludes with a traditional song from Glover’s homeland, The Green Glens of Antrim. This touching ode to his distant home is a fitting end to a wonderful album. Combining his deeply personal experiences with an issue so immediately relevant to us all has produced an emotional and intensely thought-provoking masterpiece.

Released by Proper Records on September 30 2016.

1. The Parting Glass
2. A Song of Home
3. The Emigrant
4. Moonshiner
5. From Clare to Here
6. Heart in My Hand
7. The Auld Triangle
8. Dreamers, Pilgrims, Strangers
9. And the Band Played Waltzing Matilda
10. The Green Glens of Antrim