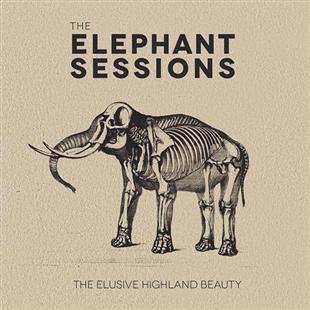 Scotland’s contributions to modern folk music seem to be ever increasing, with lots of powerful talent hitting the stages. The Elephant Sessions are a quintet from the Highlands, and The Elusive Highland Beauty marks their debut album.

There is good variety within the album with tracks like The Elusive Highland Beauty smoothly painting images for the listener. What is particularly nice about this album is how the tunes develop, change and evolve as they go along, ending up somewhere quite different to where they began.

The Treble: Chase is a particularly good tune that demonstrates the use of electric guitars as an effective backing sound to support and lift the traditional instruments being used, rather than automatically taking the lead.

The album contains enjoyable fast, energetic tunes alongside softer moments such as Sea Tune, and this mix of different tempos really makes for a good debut album from a promising band.