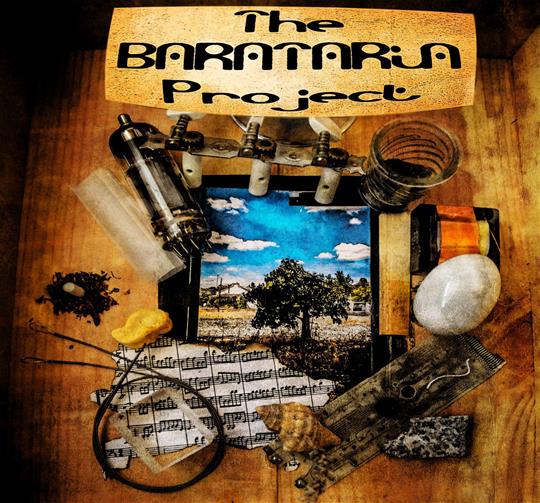 Taking tunes from European and Celtic traditions, Madrid-based The Barataria Project mixes them with contemporary genres to create complex instrumental pieces. The trio’s self-titled first album showcases eight tracks of fused cultures, where ancient tunes are reinterpreted as Latin, funk, reggae and jazz. The musicians start with a rhythmic loop, adding melodies with improvised guitars, keyboards and winds, while everything is kept in place by producer Javi Díez’s expertly programmed drums.

The collection gets off to a great start with the popular Irish reel Gravel Walks, which has been recorded in versions as diverse as solo flute and heavy rock. The Barataria Project’s interpretation opens with a bright staccato rhythm guitar while Miguel Parrondo’s tenor saxophone traces the melody. Alberto Molina picks up the tune on an electronic keyboard, which gives way to Juan Martínez Andrés’ lead guitar and alternating clean and distorted chords. It’s a thrilling journey that gives a good idea of what to expect throughout the album.

Fourteenth-century Italian dance Saltarello is brought up to date with a gentle rock-reggae accompaniment to clarinet and keys, joined by a lead guitar that is reminiscent of Mike Oldfield’s early work. Blarney Pilgrim returns us to Ireland for a fast-paced jazzy jig to a heavy guitar riff, with the tune memorably played on guitar, electric piano and keyboards.

Drunken Sailor is a lively version of the sea shanty, with the usually-sung verses played on a funkily-backed sax before being replaced by keys and guitar. A pair of reels, the Irish Drowsy Maggie and Scottish Highlands pipe tune Itchy Fingers are set to another heavy riff, with some impressive organ and guitar work that amply demonstrates that yesterday’s music can continue to be relevant today.

The Portuguese Cantigas dates from the 13th century, when it formed a part of the Cantigas de Santa Maria, a collection of poems about the Virgin Mary. Stripped of its religious setting, the tune is played a good deal faster than usual and becomes a lengthy rock piece. Scottish Border ballad Tam Lin is reinvigorated as a reggae dance number, before the collection closes with the beautifully piano-led Irish air Morrison’s Jig that is dominated by clarinet, rather than the violin made popular by James Morrison’s 1920s recording.

The Barataria Project’s debut is a thrilling and energetic trip through Celtic and European traditions, mixed with genres from the Americas and the Caribbean. In the accomplished hands of these musicians, the diverse cultures complement rather than clash, giving an exciting new lease of life to some well-loved tunes.

Released by Autoproducido on 26th June 2015.