The Gentle Good - Tethered For The Storm 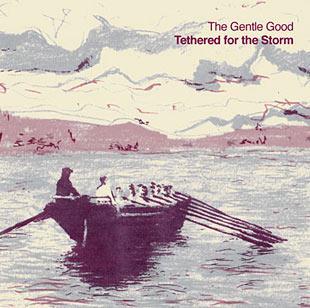 Drawing on a myriad of influences and sung in two different languages, Tethered For The Storm is Cardiff’s Gareth Bonello’s (aka The Gentle Good) follow-up to his 2008 debut album While You Slept I Went Out Walking.

All of the songs seem to evoke a feeling of homesickness and longing for something lost, with subtle melodies and beautiful arrangements.

Opening track Aubade gives you a measure of the album right from the outset - with its light finger picking, celtic melodies and Bonello’s slightly breathy, gentle vocals.

Bonello has created an album which showcases the Welsh language’s unique sound and rhythms which work beautifully in song, and is especially audible on Deuawd (a duet with Lisa Jen from 9Bach).

On the brooding Pamela, the slightly heavier rhythm is anything but imposing, and the open clangs and grinding on closing track Cysgod y Dur conjure up images of the long forgotten steelworks of Cardiff.

Featuring an array of other musicians (Cate le Bon, Lisa Jen, Mavron String Quartet, Harriet Earis, Dewi Parri and Steven Goundrey) together with Llion Robertson’s fine production skills, Tethered For The Storm is a great album to spend an afternoon with.