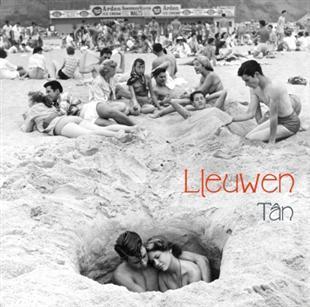 Tan features four songs in the Breton language of which three are original compositions while the fourth, ’War Varc’h D’ar Mor’ uses lyrics from the influential Breton poet Lan Tangi. The remaining tracks are in Lleuwen’s native Welsh. The two languages work seamlessly together and feel very much part of the same body of work.

Guerin plays double bass, ukelele and drums while Lleuwen plays guitars, drums and zither as well as improvised percussion from both, including such esoteric items as a mason’s sieve, pillow and salad bowl! The pairing of Lleuwen’s emotive vocals with the jazz sensibilities and percussion from Guerin works impressively well.

’Lle Wyt Ti Heno Iesu Grist?’ is an opener full of atmosphere, ancient-sounding but with a touch of funk lending a modern edge. The lulling tones of ’Marteze’ evoke lazy summer afternoons, while ’Ma Diaoulig Dous’ is a more upbeat, lively number.

Tan is a unique and original album and marks the debut of an excellent and highly promising musical partnership. Long may it continue.