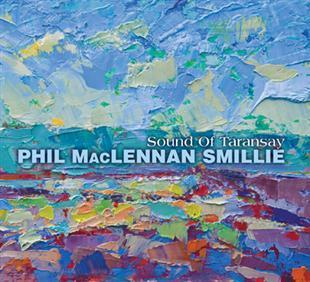 Phil Smillie is a Scottish musician intent on capturing the spirit of his native land in his music. Also a part of the Tannahill Weavers but now after all these years decided to release an album of his own. To accompany various flutes he has invited various guest musicians to play along with him some pleasant Scottish melodies.

He kicks starts us with ’Finavon castle’ which comprises of several tunes with his flutes in the foreground and then backed by a variety of different instruments for support. This first tune is very bouncy, not quite a dance tune as such, but still a foot tapping listen.

We do also get slower, more soothing style tunes such as ’West of Rockall’, ’West Coast Airs’ and ’Captain Kim Frizzle’ that even has some lovely background drumming to give this set a particularly Scottish vibe before breaking in a faster rhythm with a similar sound.

This seems to be a pattern amongst his works, having each track on a similar peg but with changes to tempo and arrangement enough so each part of a set is both recognisably similar and notably different.

Variety in guest instruments is a big strength to this album, as some artists focus so much on their own instrument that their guest instruments get overlooked and not fully utilised, but Phil certainly does not fall into this trap.

Guest instruments worth noting include of course the traditional bagpipes but even delve into less common folk instruments such as the piano featured prominently in the title set ’Sound of Taransay’ amongst others.

There are some faster paced dance tunes involved in the album too such as ’Reel for Ruairidh’ which gives us a fast blast of bagpipes, guitar and flute to really get you pumped up.