Nitramarsh - Songs That Have Little To Do With Nitrogen & Ammonia 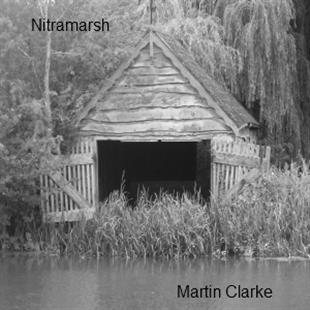 Nitramarsh is the project of Martin Clarke, who recorded his album in the winter of 2004-05 aboard his houseboat, Maudorces.

The maritime setting certainly makes its presence felt on the album. Enjoyable opener Water Entwine opens with soporific muttering about a “random picture” where “something’s churning”. It’s not entirely clear what, though rolling, strummed guitar and a woozy, pleasant chorus certainly set an atmospheric tone. “I need to see all the hydrogen and oxygen,” Clarke tells us, confusingly.

Digging for Gold is another of the album’s better tracks, with a catchy refrain. But it’s spoiled somewhat by a rushed guitar solo and obtuse, impossible-to-decipher lyrics about sycamores and manuscripts.

Unfortunately, this is a theme of the album. Fishgirl, for example, is an upbeat, thumping boat song, with riotous squeezebox and clattering percussion. But its title is irritatingly shouted at random intervals, before a rather annoying, repetitive riff brings the song to an overdue end. Iron Tree is rendered farcical by its comic spoken word sections and clumsy rhymes, while Second Eyelid takes nearly six minutes to not really go anywhere.

Things are brought to a conclusion by What Clothes You? - which is actually a rather enjoyable slice of surrealism, helped along by some bonkers backing vocals. But whether many will still be listening is questionable. It could conceivably appeal to fans of trippy, psychedelic folk-rock in the Tyrannosaurus Rex/Donovan vein, but on the whole it feels unfinished.

Clarke says Songs that have Little to do with Nitrogen and Ammonia is based on his experiences of boat life and people of the Essex marshlands. But this doesn’t really come across in his lyrics, while the music sounds rushed. Even taking into account the album’s river-borne creation, the songs largely sound like demos - there are hints of potential here, but nowhere near enough care has been taken.