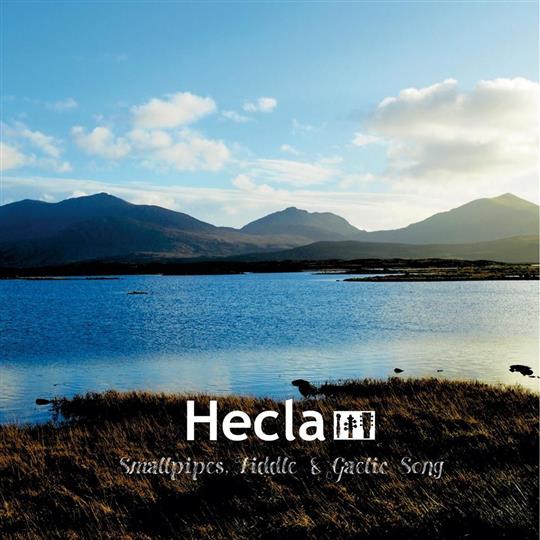 Hecla is made up of three young musicians studying at Lews Castle College on South Uist: Ilona Kennedy on fiddle, Ailis Sutherland on pipes and whistle, and Kaitlin Ross playing guitar and providing vocals.

The four tracks on Smallpipes, Fiddle and Gaelic Song are each relatively simple, though with a fair amount of variety between them. The highlight is the traditional lullaby Crodh an Tàilleir. It’s the most stripped back of the four tracks, featuring Ross’ vocals accompanied with gentle fiddle and whistle melodies from Kennedy and Sutherland.

Ross has a lovely voice, hopefully Hecla’s next release includes more than just the one song - it would be good to see how much depth and variety she can bring to her vocals across an entire album.

The remaining three tracks are each quite pleasant instrumental sets, with some invigorating pipe playing on the latter tunes of both the Angus Jigs set and the Mrs John MacColl set.

All told, it’s a nice little EP, certainly a commendable first effort from three young musicians. It probably won’t blow your mind, but Hecla have got plenty of time ahead of them to make something that might.