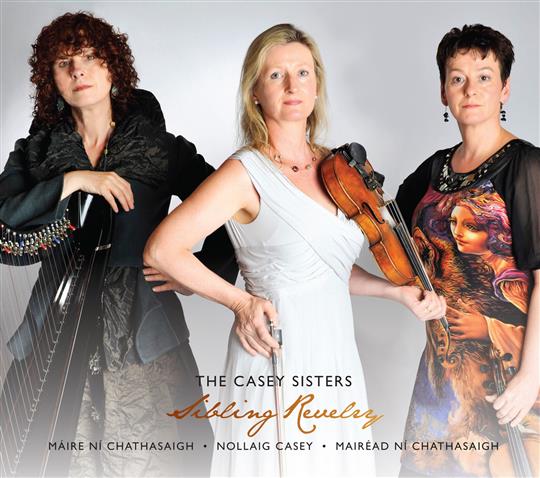 Sibling Revelry might best be described as effortless - it doesn’t shout about its greatness with faster-than-light playing or painstakingly crafted sound, and that’s part of the attraction. Instead, the arrangements are stripped back and organic and the quality rests on the pure skill and elegance of the playing.

The album opens with a stomping hornpipe named after a ruined castle in the sisters’ home town of Bandon, then moves on to a Turlough O’Carolan tune (Katherine O’more). Reflective, lilting pieces such as this seems to be where the sisters are most at home; later they play Connamara, a previously unpublished tune by Edward Bunting. The instrumentation here is superb, the strings particularly providing a rich, full accompaniment without sounding too orchestral.

Among the most striking pieces is Lament for General Monroe. Solo fiddle done well is always a treat, but it’s rare to hear playing that seems to bypass the instrument and come straight from the musician’s soul. It’s flawless and totally captivating.

Dance tunes aplenty space out the slower tunes, lifted by sparkling accompaniment from the harp and occasionally joined by guitar. The Bandonbridge Hornpipe, composed and played by Mairéad, stands out particularly with its driving melody and has a more danceable, down-to-earth sound than many of the others on the album.

Bonnie Boy in Blue, one of the three songs on the album, is also a standout track, demanding attention with strong, immediate vocals and a lilting tune. The other songs are a little more quiet and cautious, although this works well with their ethereal sound.

The sisters’ compositions are of as high a standard as their selection of traditional material - perhaps best shown in the final six tracks, The Bandonbridge Suite. Composed as a musical representation of the town of Bandon, the suite begins contemplatively, picks up pace with The Earl of Cork’s Allemand - a complex and technically intriguing tune - and finishes with a reel with all three of the sisters and their guest guitarist Arty McGlynn joining in.

A collaboration of this standard doesn’t come along every day. It sounds good on paper; it sounds even better in practice, perhaps because aside from the sisters’ deserved renown, they are ultimately drawing from their closeness to the tradition and to each other.