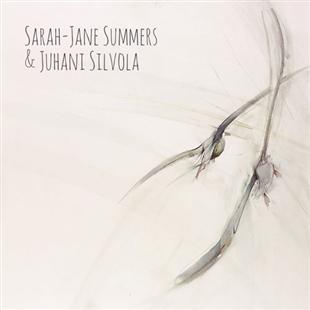 It could be argued instrumentals are the purest form of music, because they are not constrained by the logical tyranny of words. Their expression is purely that of the moods of sound, and sound alone.

This collection of instrumentals, Sarah-Jane Summers & Juhani Silvola, assumes you don’t need lyrics to enjoy music. It also assumes you like traditional folk music. If the listener likes both, they are in good company. If they do not, then perhaps this album will change their mind.

There are few curve balls here. This is an album of Celtic folk music standards, performed with the utmost respect, coupled with a few originals from both Summers and Silvola. The classics come equipped with all the highlights of the genre: beautiful strings, luscious guitar playing, and melodies galore.

Because it is only Sarah-Jane and Juhani actually playing, the musical variety and complexity is limited by the duo’s inherent constraints. This means no percussion, bass or other instruments. However, with the tools at their disposal, they create a varied soundscape, and without overdubs.

Some highlights include Itzikel, a tense, lush song with flickers of exotic gypsy sounds, and Caisteal a’ Ghlinne, where Sarah-Jane’s bow skids across the strings to create a stirring effect to an already powerful melody. There are no poor songs on this album, though the listener will have to choose which ones are their personal favourites.

This is great music to listen to with family and friends. It finds a sense of authenticity effortlessly in its production, and its music is much like the day to day: peaceful and reassuring. For those of you interested, you have an album that may become a perennial favourite.