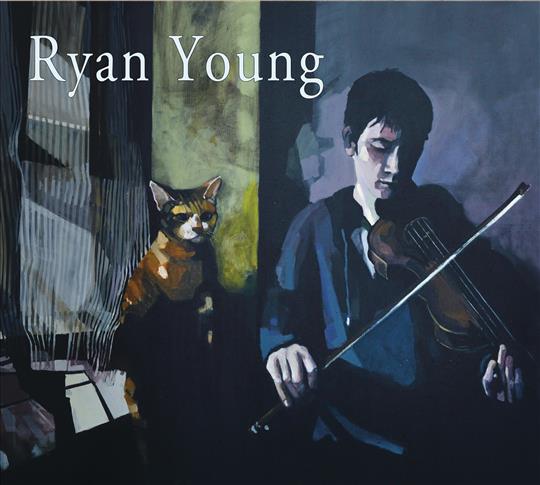 Fiddle-player Ryan Young was voted ’Up and Coming Artist of the Year’ at MG Alba Scots Trad Music Awards last year, as well as winning a Celtic Connections award, and here he is with his self-titled debut album. Young delivers an album of tunes that showcases his award-winning talents.

As well as four of his own tunes (which appear on tracks two and four), Young has unearthed a number of traditional tunes that have not been played by anyone in recent times. From slow, mournful airs to more upbeat jigs and reels, he takes an innovative but empathetic approach to traditional Scottish music and is certainly deserving of the accolades he has been receiving.

While the tunes themselves draw from Young’s own Scottish roots, his musical style has very much been influenced by Irish fiddle-playing which makes for a lovely melding of styles and influences.

On the album Young is joined by James Ross on piano and Leo Forde on guitar. Ross provides some beautifully sympathetic piano accompaniment, particularly on the more melancholy tunes, while Forde’s guitar-playing equally comes into its own accompanying Young on some of the more upbeat numbers.

Although the album is self-released there has been no skimping on the production. Grammy-award-winning US-based big-name producer, Jesse Lewis, was inspired to take on the production duties, yet another clear sign of Young’s exceptional musical promise.

Doubtless followers of traditional Scottish music will be hearing a lot more of Ryan Young. His interpretations are inventive and expressive and his playing has depth and style. A fine debut and a name to look out for.