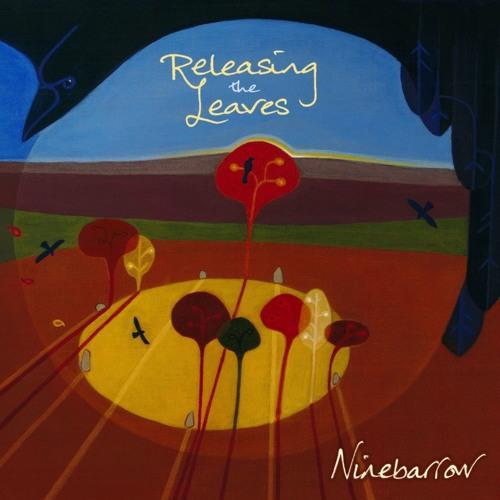 With glowing testimonials from the likes of Mike Harding and Seth Lakeman, Dorset-based Ninebarrow have really established themselves at the forefront of the English folk scene since the release of their debut album, While the Blackthorn Burns, two years ago. Their new release, Releasing the Leaves, has been very hotly anticipated.

The album begins with a song entirely characteristic of their style. The Pinner is a ballad telling the unusual tale of a woman who believes that making the perfect pin will allow her to be granted her heart’s desire. As with all the duo’s songs, the centrepiece is Jon Whitley and Jay LaBouchardiere’s luscious vocal harmonies, which tug at the heart strings throughout this album.

There are some faster numbers, such as For a Time and Back & Sides, which falls back on the traditional folk favourite of beer for its material, but the beautiful harmonies are retained, and they remain equally effective.

The highlights are definitely the ballads, however, with the traditional Weave Her a Garland and originals Blood on the Hillside, a variation on the age-old rhyme about the seven ravens, and Silent Prayer being particularly gorgeous.

Another high point is Coming Home, which was written by Whitley’s father Bob, himself a well-respected Dorset folk singer and songwriter. Another beautiful ballad, it is written from the perspective of the wife of a member of Magellan’s crew during his circumnavigation.

Overall, Releasing the Leaves is a very fine album which absolutely lives up to expectations and ensures we will be awaiting the next helping from this talented duo with just as much excitement.