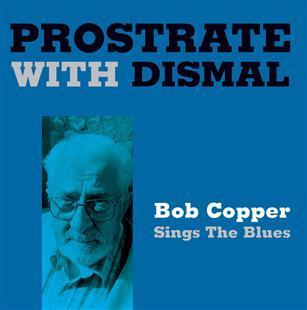 There are legends and then there are Legends. Anyone who’s been to a folk gig in the last twenty years must either know of, or can’t have failed to have heard the name of, the ubiquitous Copper family. The number of times audiences will have heard something along the lines of ’learned from the Copper family’ at some point in a set when traditional material surfaces, well, let’s say it would be worth having a penny for every one.

It’s just about ten years since the sad death of Bob Copper, whose uncle and grandfather had songs collected from them in the late nineteenth century, which helped lead to the formation of the Folk Song Society and its modern guise as EFDSS. The tradition which was continued down through the Copper generations, until the ’rediscovery’ of the family’s archive, played a major role in the folk revival, in which Bob himself became known as a fine and respected singer/collector/authority and ultimately as Bob Copper MBE.

However, never was the term ’expect the unexpected’ more appropriate. Having spent a lifetime in the traditional folk song spotlight, Bob’s personal and private love for the blues, call it a guilty pleasure if you like, finally comes to light. With Bob well into his eighties, the opportunity to scratch his blues itch in public became impossible to resist, resulting in the recordings in this small collection.

A short essay by Ian Anderson accompanies the release in which he plots the course of the Bob Copper blues story. The way he describes the moment in the Lewes Folk Club gig when Bob and his band of cohorts literally come out and extend their traditional folk set with some blues numbers is priceless. In historical terms it’s almost like Dylan’s famous moment when he plugged in and upset many of the folk purists.

As for the songs from the subsequent recording session, there’s nothing particularly astonishing beyond the startling fact that we have one of the most renowned folkies suddenly throwing a curve ball and having a blast in the process. And who can blame him for wanting to go down on record singing lines like the opening “If the river was whiskey and I was a diving duck” (naturally ending with diving down and never come up and further warnings of taking a married woman as a friend). Who wouldn’t want to sing lines like those?

Amongst the other four tracks, the privately recorded Rags And Old Iron by Oscar Brown Jnr sees Bob going solo with just his concertina, and lamenting the old rag and bone trade - a song which Bob had already recorded.

Then there’s Soul Of A Man which gathers together the whole Copper family in the studio to work on a chorus and mark the notable occasion of them all being together on a recording for the first time in a four hundred year family history.

Brownsville No.2 is the real gem in the collection, being a recorded version by the trio which had previously been only heard in public on the occasion of Bob’s memorial service in Rottingdean church back in 2004. All wiry and lo fi bluesy slide, and perhaps the most vocally strident performance of the set, it allows a privileged glimpse into that private world.

There’s something quite refreshing about being able to posthumously come clean. Indeed, Prostrate With Dismal serves as a little piece of history; twenty minutes of music preserved to add to an already rich compendium, and which reveals a little more about the legends that are the Coppers. Sit back and enjoy the moments that are what Ian Anderson calls “the complete blues recordings of Bob Copper, secret king of the South Downs blues singers.”

Released on 27th May on Ghosts From The Basement (GFTB7048) and on download (www.bobcopperblues.bandcamp.com).