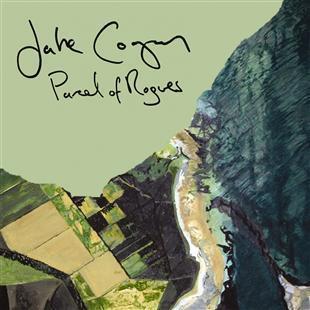 Jake Cogan has a voice to die for. She just sings. There is no affectation, no special effects, no effort. Parcel of Rogues, her album of Robert Burns songs, is a treat for the ears. It is one of those albums where the natural gift of the artist just shines through.

Sharing a title with the Steeleye Span album that also includes the song of this name, Edinburgh-based Jake Cogan and her band bring a different, still traditional yet contemporary sound to Burns’ songs.

This live album has a smooth, professional feel to it. You have the feeling they just turned up and played, and arrived at this near-perfect result.

Nature and the seasons are the key players in Parcel of Rogues, providing a landscape for love which is offset by Burns’ political commentary.

Afton Water is an easy way into the album. ’Flow gently sweet Afton’ captures the feel of the song. Sung at a relaxed pace with the accompaniment of strings and a meandering fiddle, it showcases Jake’s voice and her understated interpretation of Burns’s lyrics.

This is followed by a lyrical love song, Ay Waukin O. Sung simply with guitar and supporting vocals, Jake’s delivery is timeless. Her clear voice makes it impossible not to join in with the compelling melody.

The mournful title song Parcel of Rogues comes next, the first of the political tunes. It is beautifully delivered with accompanying strings and guitars. Here’s a Health to them that’s Awa is appropriately the next tune, which is a toast to the absent, and sufficiently upbeat to provide recovery.

Killiecrankie is a rousing song about a battle that took place in 1689. Jake’s stirring rendition has a country flavour to it, with backing fiddle. The quality of her voice and style of singing is slightly reminiscent of Joan Baez, and also on Awa Whigs Awa.

Jake’s version of Green Grow the Rashes is heart-wrenchingly beautiful. She is able to bring a depth of lyrical melancholy to these songs, which might sound jollier or lighter from another singer. Her voice is like the sun through clouds - parts of mountains in sun, others in shadow. These variations are captured through the tone and nuance she intuitively brings to her singing.

The Lea Rig is another romantic tune. This narrow strip or ridge of pasture land that is left untilled becomes a place for a rural romance. It is a good lead into what is perhaps the most powerful song of the album. Jake’s version of Now Westlin Winds is mesmerising, an effect that is reinforced by the support of guitar, strings and percussion.

This is a flawless end to an album which is itself near-perfection. The lyrics encompass the beauty of the Scottish landscape:

’...The partridge loves the fruitful fells
The plover loves the mountains
The woodcock haunts the lonely dells
The soaring hern the fountains...’

There is also a hint of the political hinterland:

’Thus every kind their pleasure find
The savage and the tender
Some social join and leagues combine
Some solitary wander
Avaunt away! the cruel sway
Tyrannic man’s dominion’.

Yet within this greater context, Burns finds solace with his love, and Jake Cogan’s voice is the perfect one to take us to this place of tender companionship and solitary musing.