Until The Bird... - Pale Clouded Yellow 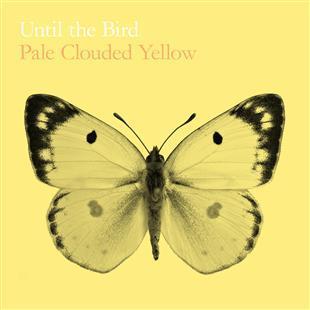 Until the Bird (or, Until the Bird of the Soul Takes Flight from the Cage of the Body to Consort with the Nightingales of the Everlasting Garden, to give them their full title) are a self-styled “pre-apocalyptic alt-folk band” based in London. The three core members are Dave Hawkins (vocals, guitar, piano), Thom Harmsworth (trombone, accordion, euphonium) and Ruta Vitkauskaite (violin), originally from Bristol, Canterbury and Lithuania respectively.

Their first full length album, Pale Clouded Yellow, is a collection of songs written by Hawkins and set to music by the band. It’s difficult to describe these pieces: although many are pastoral in nature they never descend into twee folksiness and are quite slippery to grasp on first hearing.

Hawkins writes all the lyrics to the songs which are far from simplistic in construction. They are freely written with very little regular metre. He’s not afraid of using long words either. In 127 Hawkins sings about “tautologous, analogous humans in the news” and “the quest for the numinous”. The song may be about a lazy Sunday morning spent with a lover that blocks out the rest of the world. Or it might not.

Nightingales, the first single taken from the album, is a standout piece. It starts off with a lovely melody for string quartet (arranged by Vitkauskaite) before the vocals kick in. Hawkins has a strong pleasant voice that carries the song along. The melody and structure are not easily graspable on first hearing, indeed the song (like many on the album) is rhapsodic in form and none the worse for that.

Another highlight of the album is Whalewatching. The piece begins with a cello imitating the sound of whalesong before Hawkins sings a capella for two lines before being accompanied by strings and guitar. There’s a sense of loss in the lyrics as Hawkins talks about the extinction of both animal and human life. Happily, the song ends on a note of renewal as the writer sees a host of Pale Clouded Yellow Butterflies, “waiting for the gales to mellow”.

Pale Clouded Yellow is a beautiful album shot through with both melancholy and hope. The songs seem sometimes to be, almost, willfully obscure with references and allusions that are, possibly, too personal for anybody to fully understand.

However, for the patient listener, Until the Bird... have produced an album that reveals more secrets on every play. The perfect accompaniment to an autumn afternoon.

Until The Bird... discography