Dónal Clancy - On the Lonesome Plain 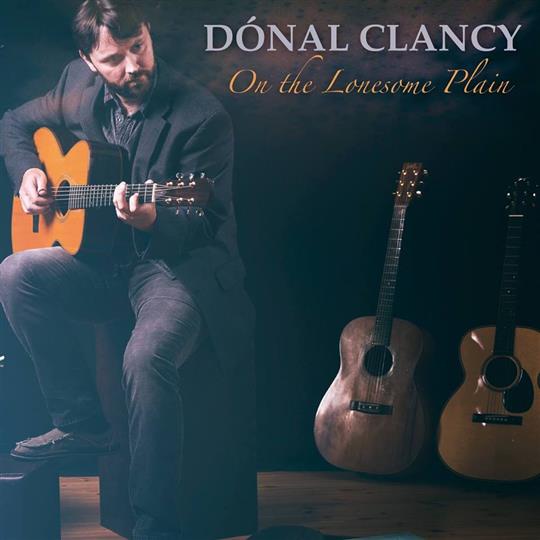 It can sometimes seem to the uninitiated that Irish music is all jigs and reels with the occasional sentimental song thrown in. It’s social music, perfect for the pub but not necessarily for listening to quietly at home.

On the Lonesome Plain, Dónal Clancy’s latest album, may just upend people’s expectations as to what Irish music can do. Here is a collection of seven songs and six guitar instrumentals that pare back traditional music to the bone.

Except for one track this is a completely solo album. It’s to Clancy’s credit that guitar and voice can hold the listener spellbound for over three-quarters of an hour.

In the liner notes Clancy says that the album was influenced by listening to recordings of such artists as Shirley Collins and Martin Carthy. This may be so, but Clancy makes a song like The Lowlands of Holland (recorded by Carthy on his second album) completely his own.

Clancy’s voice is strong and supple but never strident. His diction is impeccable too. No lyric sheet is needed when every word of Reynardine or Blackwater Side comes through clear as a bell. There’s a lovely guitar introduction to the latter piece which perfectly sets the atmosphere for this song of unrequited love.

The real highlights of this album are the six guitar pieces. Although Clancy’s fingerpicking style is very definitely in the tradition it does seem to owe something to classical guitar playing. This is especially true of Miss McDermott (aka The Princess Royal). Here Clancy’s subtle guitar multi-tracking gives this tune the air of a stately pavan.

Indeed Clancy’s guitar playing on such pieces as The Honorable Thomas Burke and Fling is astonishingly good. The latter tune, by some margin the fastest track on the album, shows off Clancy at his best. It’s not flashy playing for the sake of it though, the tune still comes through simply and clearly.

The Google information box for Dónal Clancy simply states that he is Liam Clancy’s son. This hides the fact that Clancy junior is an artist of considerable merit and talent in his own right. On The Lonesome Plain speaks to the listener directly with songs and tunes that seem newly minted. This is perfect late night listening. Highly recommended.