Mary Bateman - On the Lonely Water 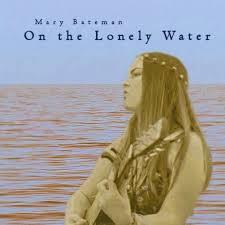 On the Lonely Water is the admirable début EP from singer Mary Bateman - simple but effective throughout.

The highlight is Turkish Revelry, which opens with a kind of soft-touch indie-folk guitar. It works really well with Bateman’s more traditional vocals, though it would be nice to hear just a little bit more done with it, as over the song’s seven minute plus runtime the guitar falls into much more of an accompanying role.

Bateman also includes a cover of the Richard Thompson classic Beeswing. It’s a risky move to cover such a well-loved and well-performed piece - you’re instantly giving your audience a point of comparison which most artists would find very hard to beat. Still, Bateman holds her own, it’s her best vocal performance of the release, and both her vocals and her guitar accompaniment have the same pleasing softness and warmth to them.

On the Lonely Water is a decent start for a young artist at the beginning of their career. It’s not ground-breaking, and a full album, when it comes, will need to take that extra step to stand out from the crowd, but it’s good listening and not a bad place to be starting from.

1. The Queen of the May
2. Henry Martin
3. Turkish Revelry
4. Beeswing